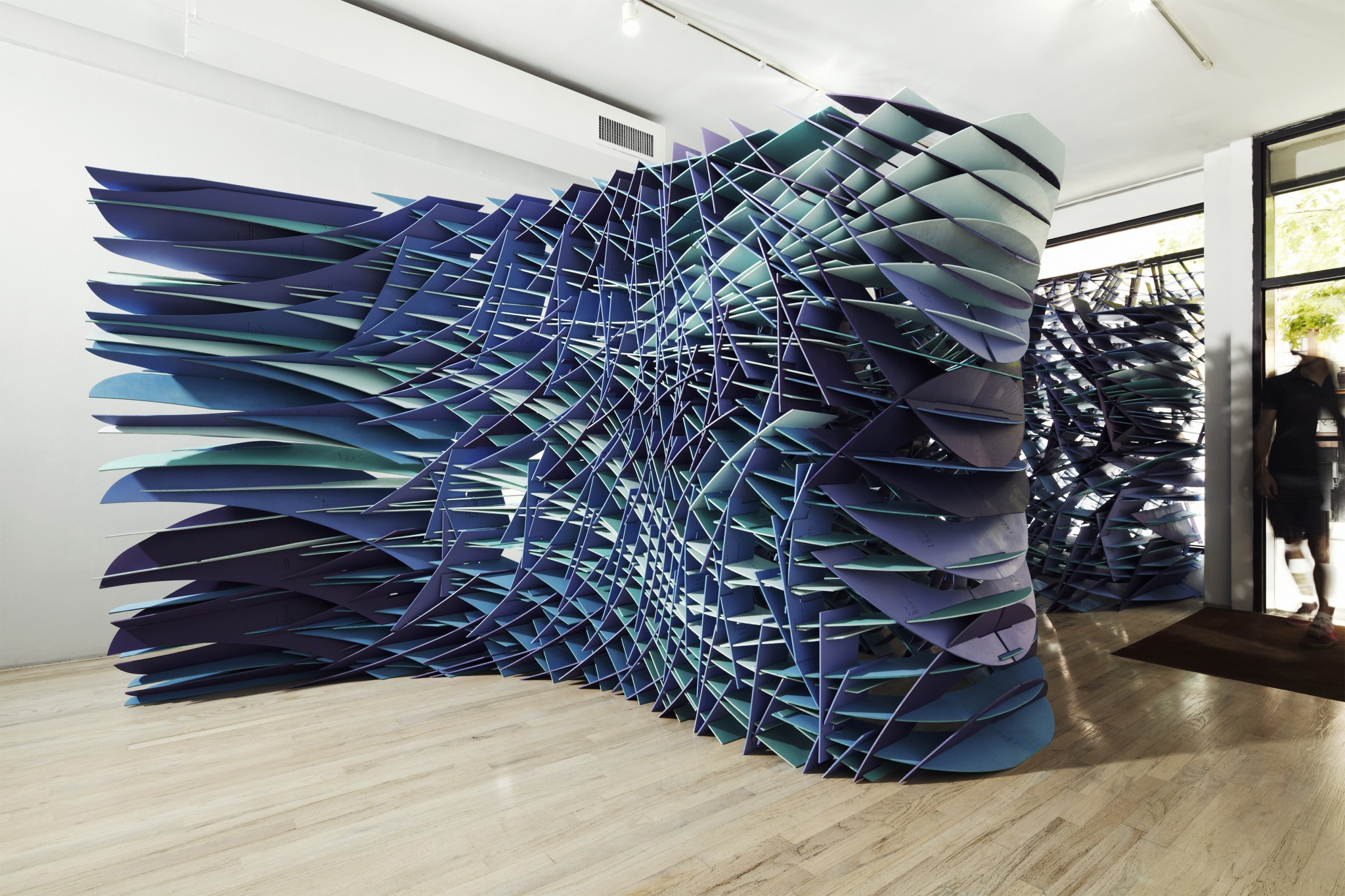 At least since Leonardo Da Vinci’s first attempts to describe turbulence, architects have been fascinated by the dynamics of flow – perhaps seeking an escape from the solid, stable nature of buildings. Beginning in the 1990’s, architects have used digital software to imbue structures and spaces with some of the same qualities as Da Vinci’s meticulous drawings: fluidity, undulation, instability, and temporality. But while software has allowed architects to create novel, dynamic forms digitally, they have struggled to translate these qualities to the physicality of the material world. Slipstream is a physical structure that confronts that leap directly, translating a 2-dimensional digital line drawing into 3-dimensional space. 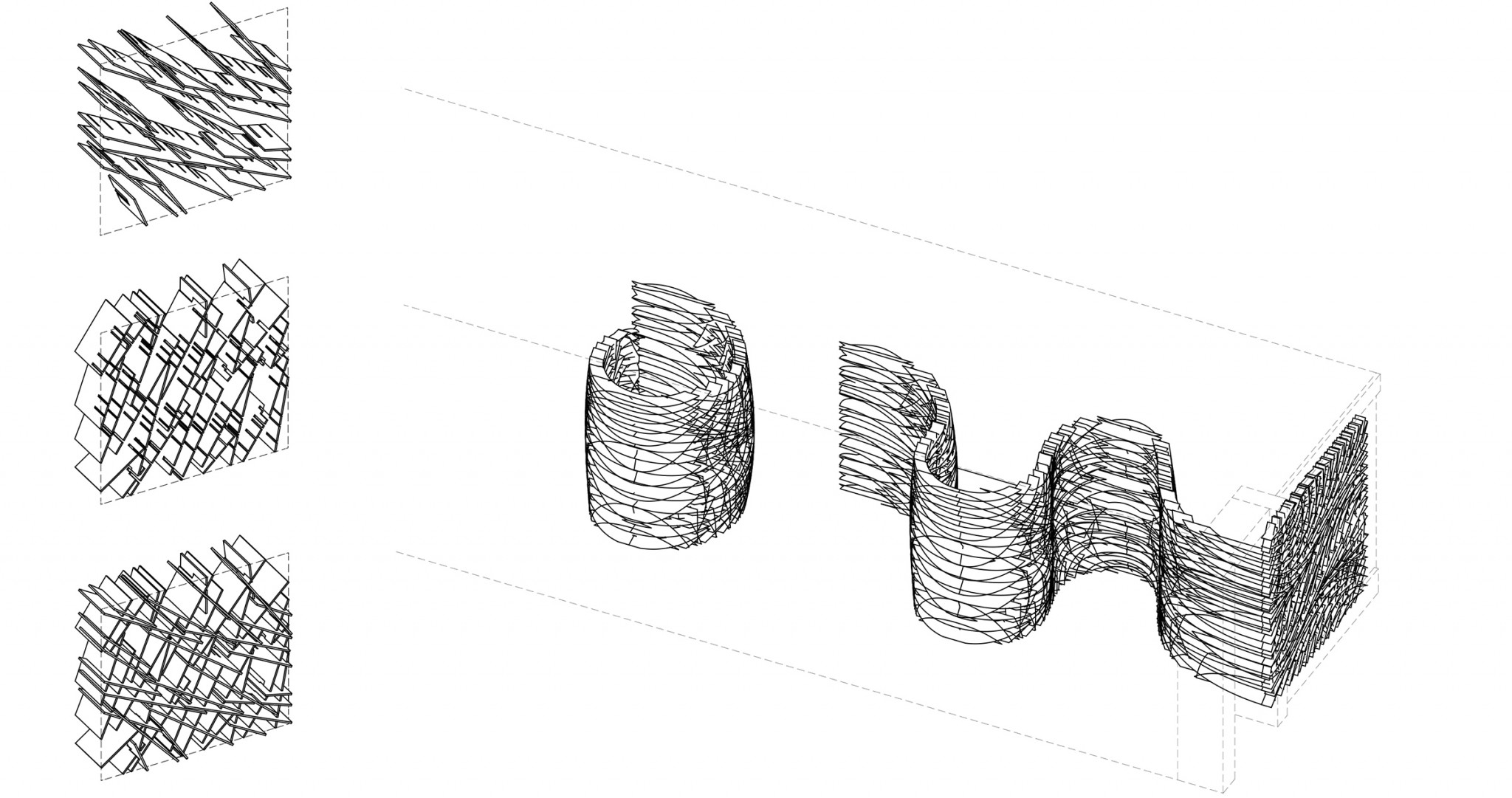 Alluding to Lebbeus Woods’ 2010 ‘Slipstreaming’ drawings of flow, the installation at the Bridge Gallery in New York is a single drawing extruded through the gallery space and cut away to produce a set of interconnected spaces. 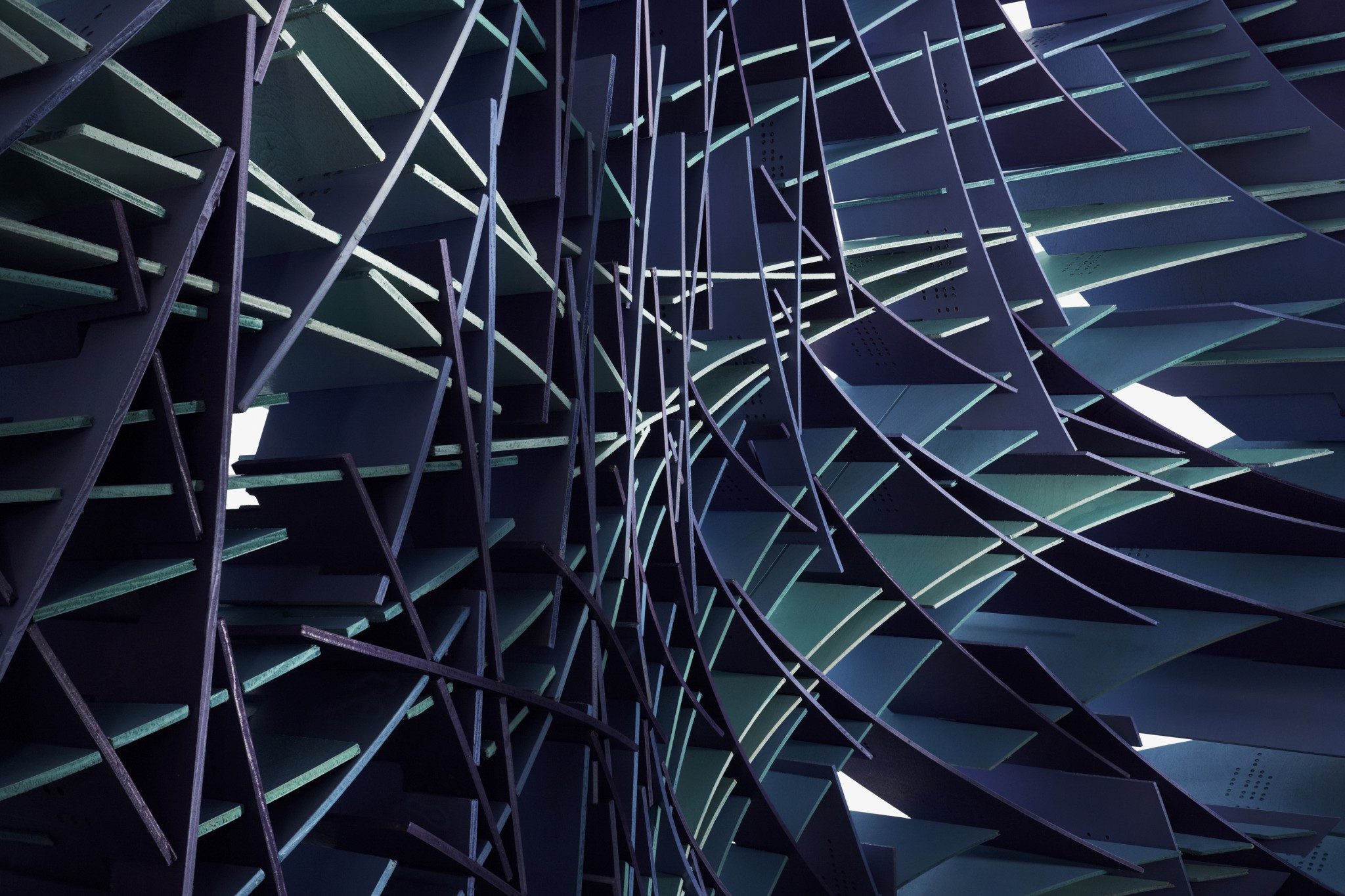 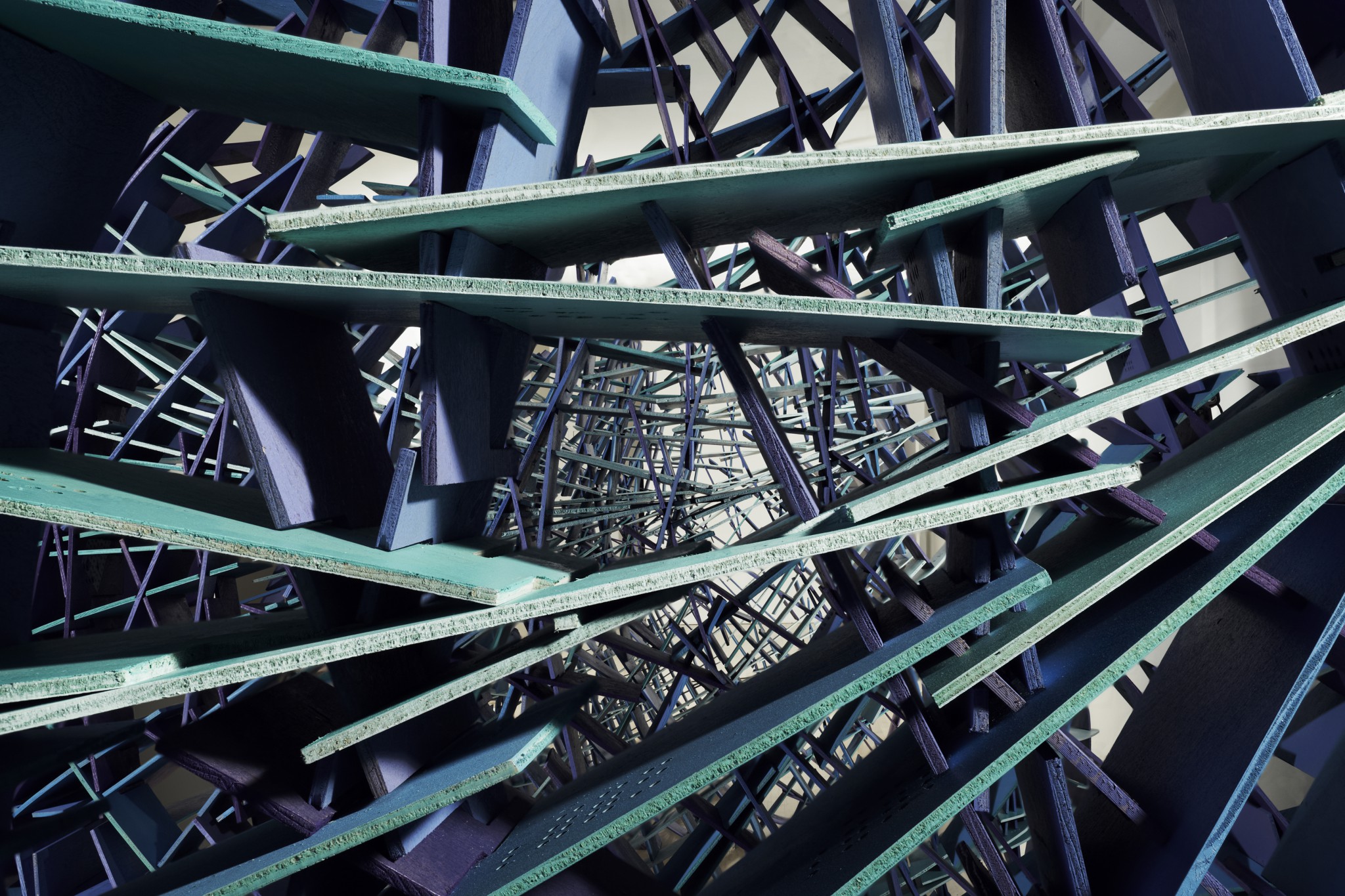 The linear extrusion acts as both structure and dynamic visual filter, shifting views through the installation and between the spaces it defines. Its integrity as a structure is masked by both its redundancy and bright coloration. 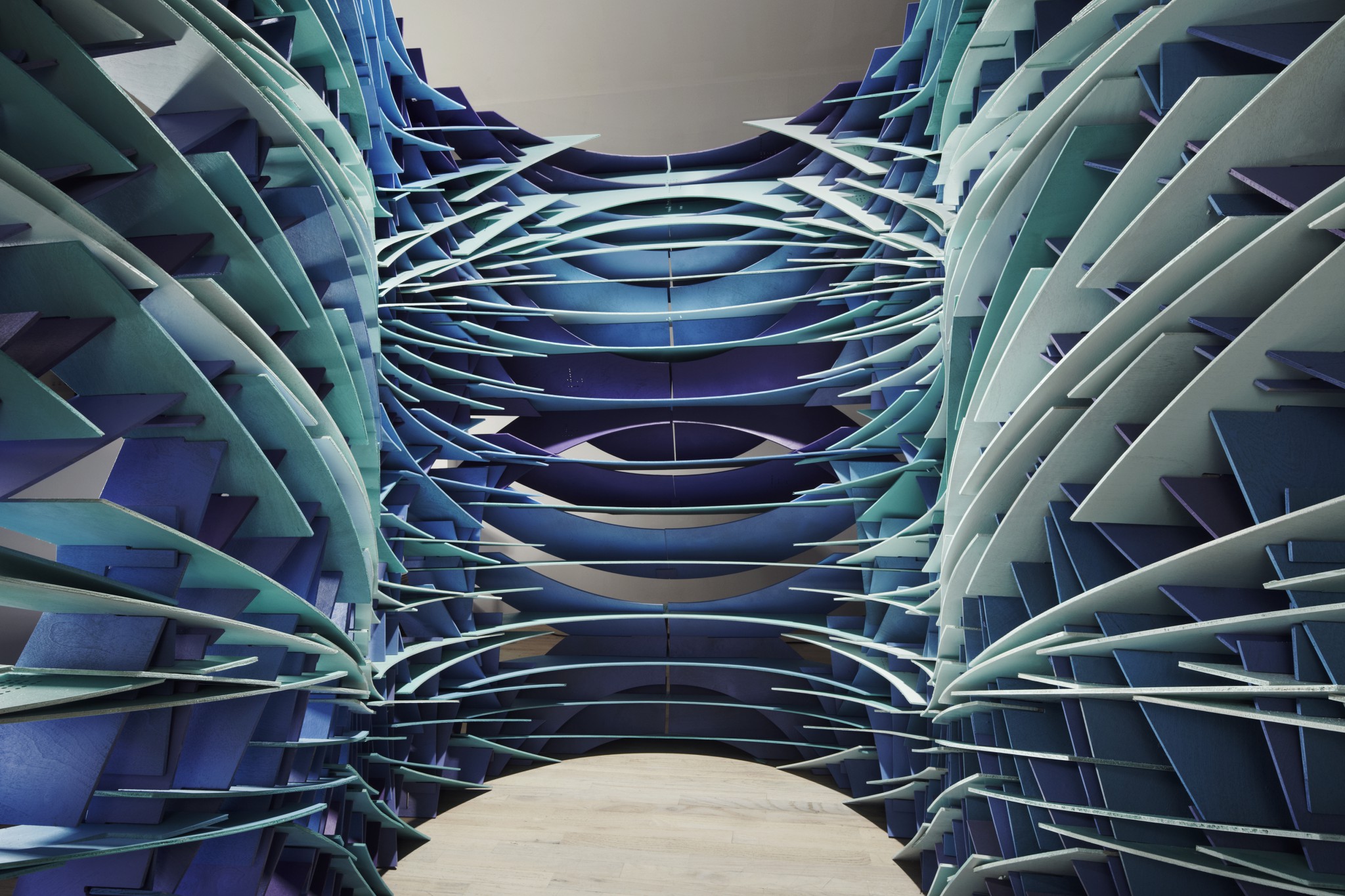 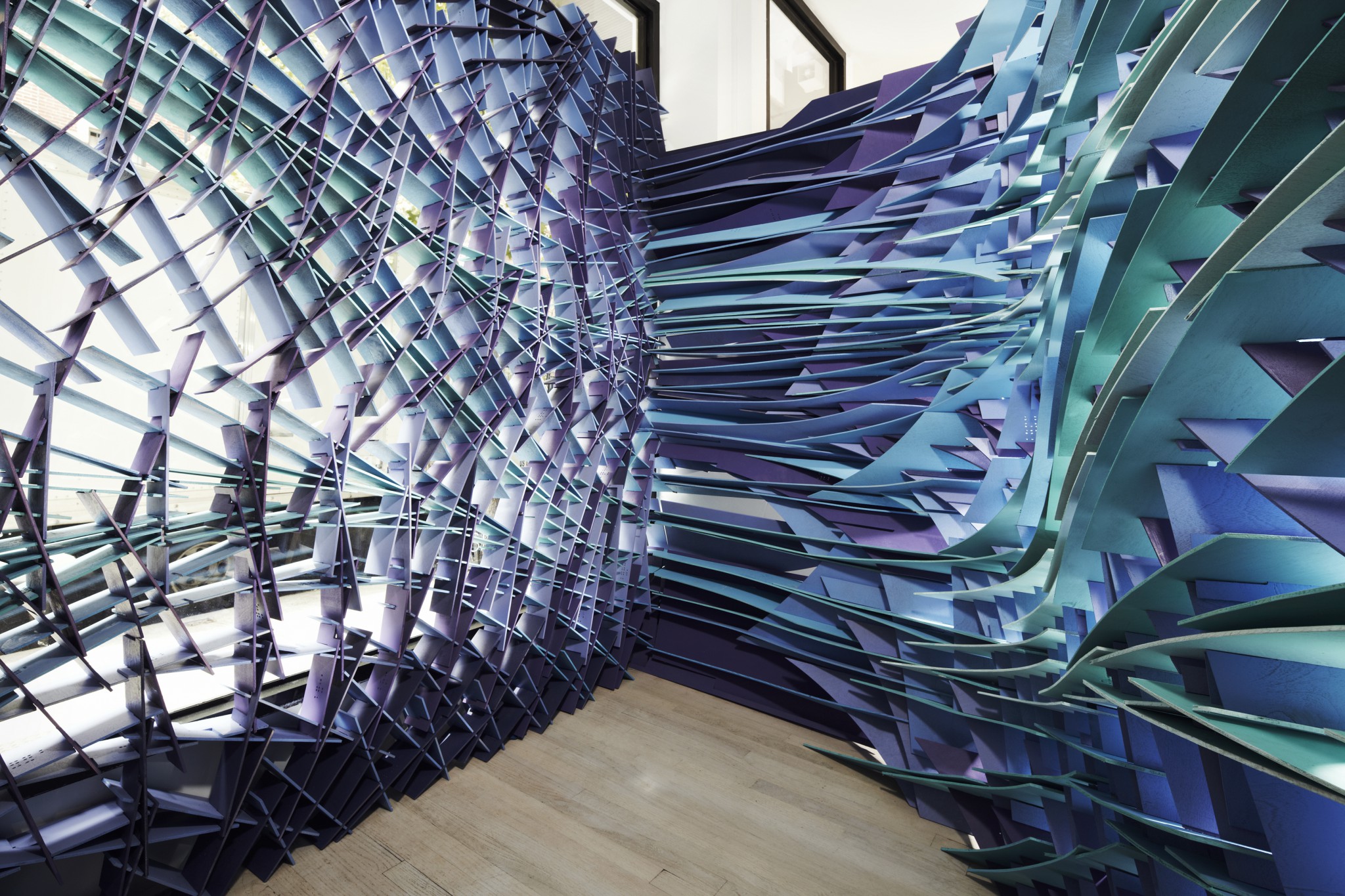 Employing gradients that diffuse and coalesce along its length, color amplifies the undulating lines, establishing cross currents that intensify as visual eddies. Irreducible to form, structure, or graphic, Slipstream is a combined phenomenon of the three. 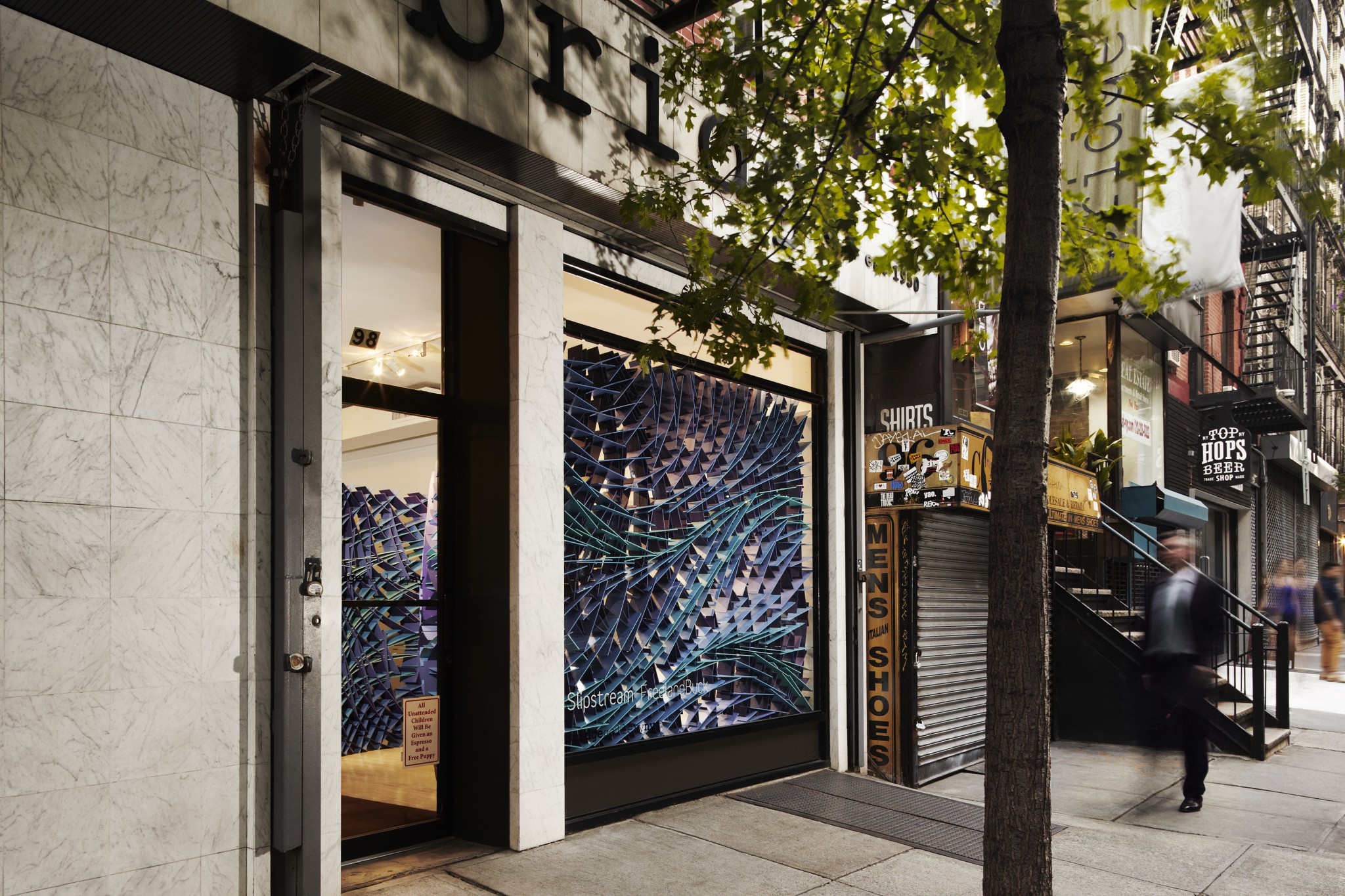