In collaboration with Joel Sanders Architect

Our winning proposal for the Kunshan Phoenix Cultural Mall on 80,000 sqm corporate headquarters and cultural complex to be built in Kunshan, one hour west of Shanghai, consists of a 20-story office tower perched upon a five-story podium organized around four ‘cultural cores’ that respectively house theaters, exhibition halls, a fitness club and an education center.Â A retail loop, comprised of affiliated stores, restaurants and cafes, spirals around each cultural core, allowing culture and commerce to mix.

The large urban site is divided into four pedestrian-scaled culture/commerce blocks that define the perimeter of a central outdoor atrium. The Book Mart dramatically crowns the entire complex and serves as a base for the office tower, visually and symbolically unifying all of the programmatic elements. The green roof of the Book Mart acts as a cultural park where the general public and Phoenix employees can come together. 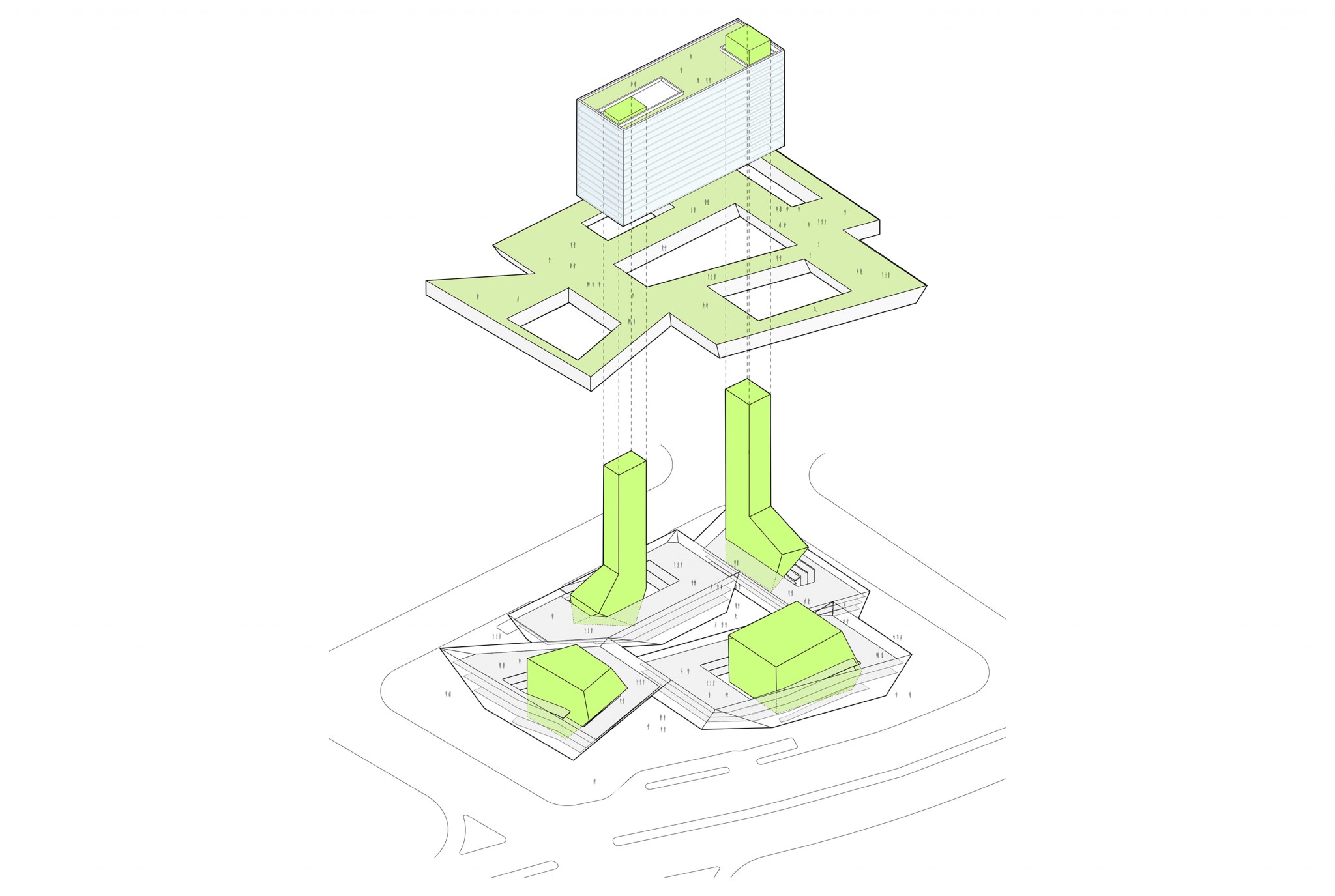 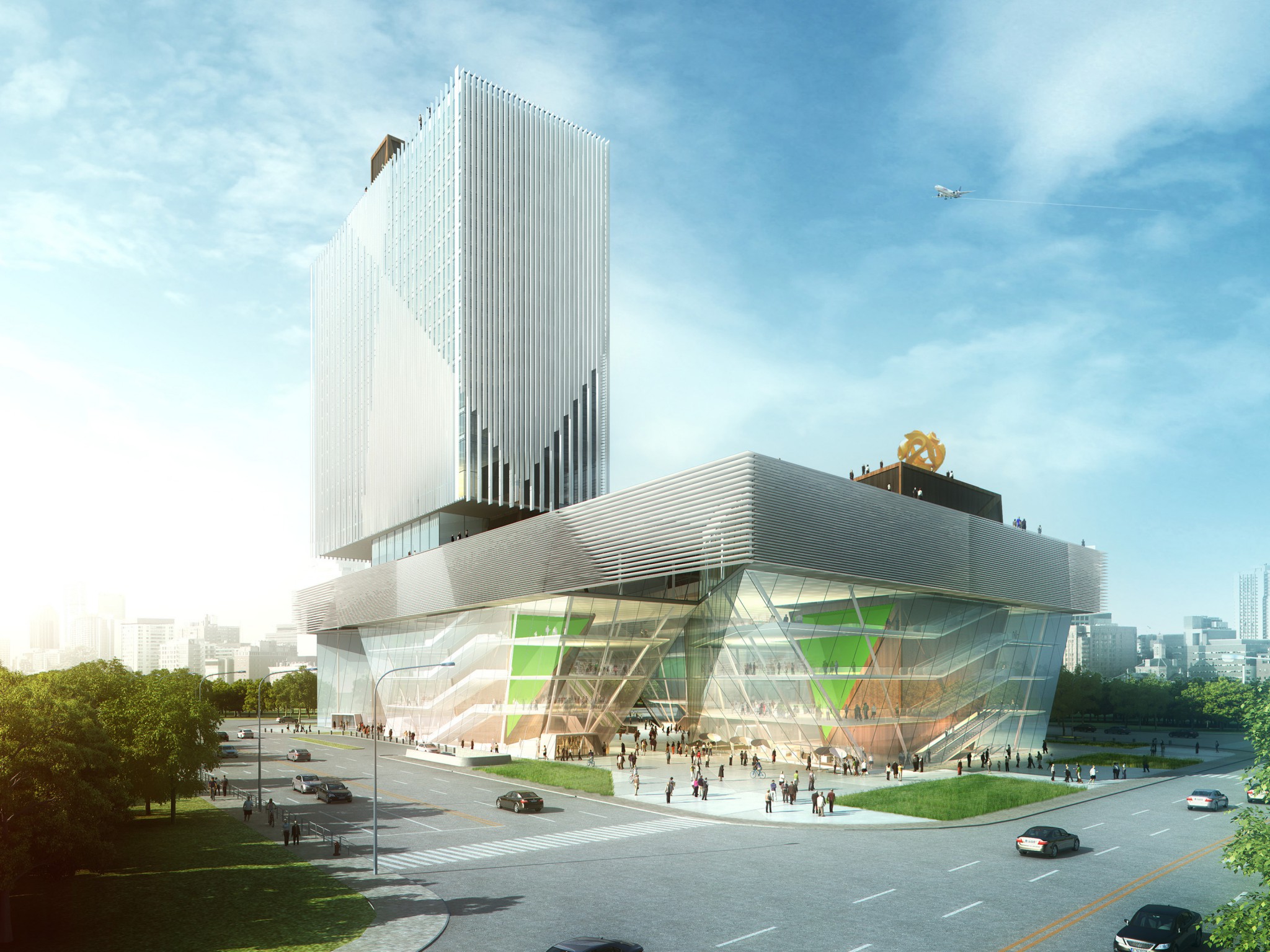 The tower is clad with a striking pattern of diagonal louvers that provide solar shading and mark the tower as a visual icon on the city skyline. 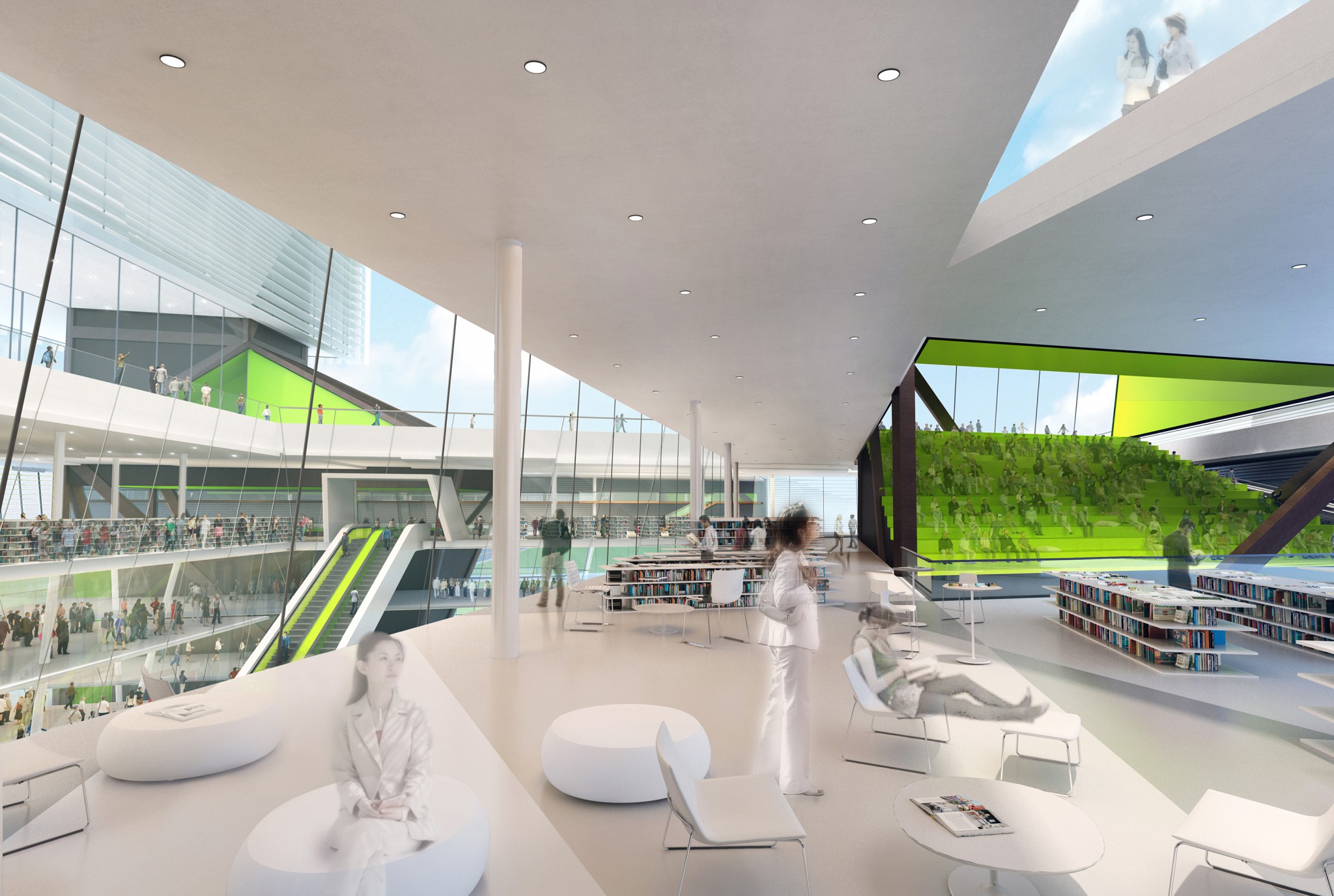 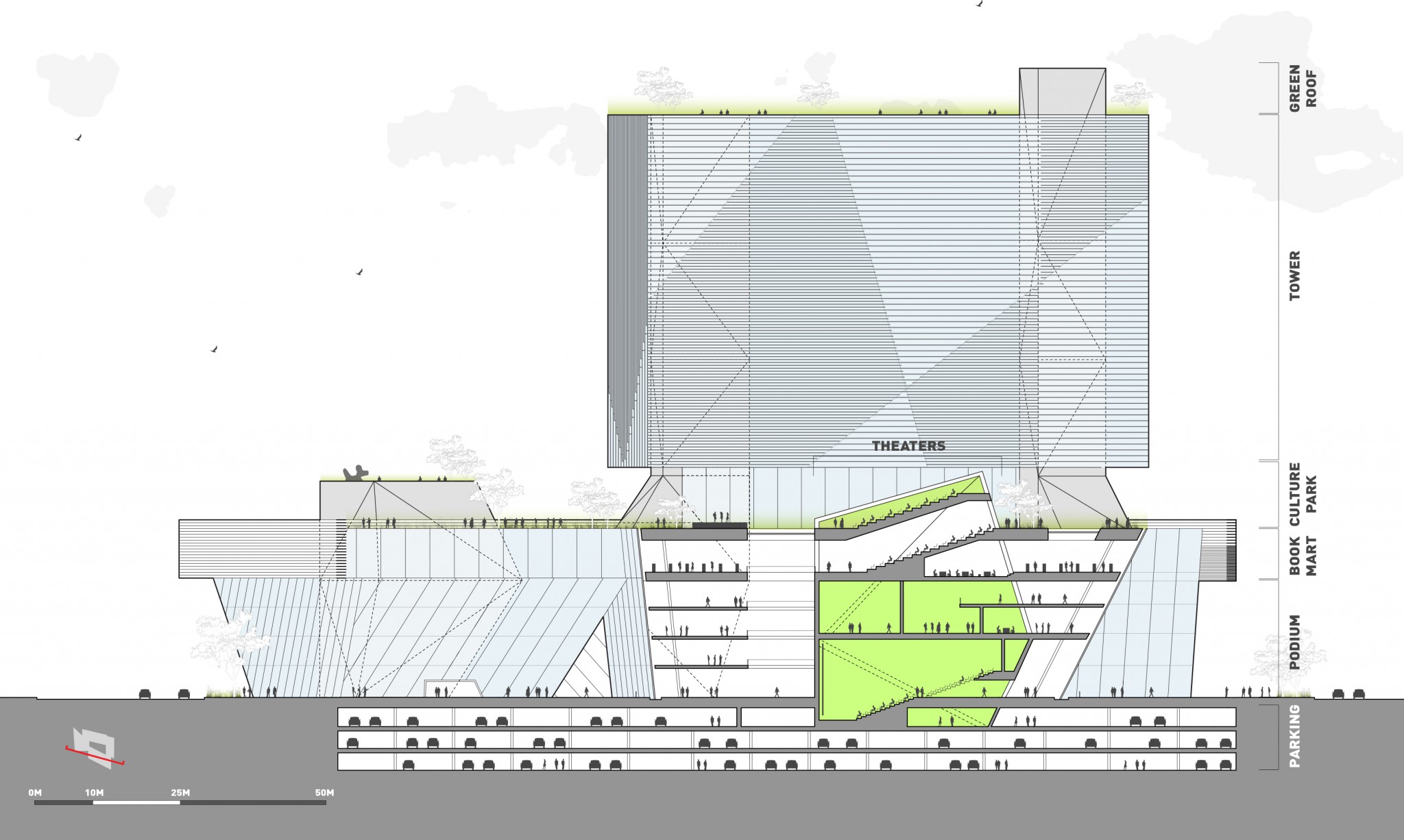 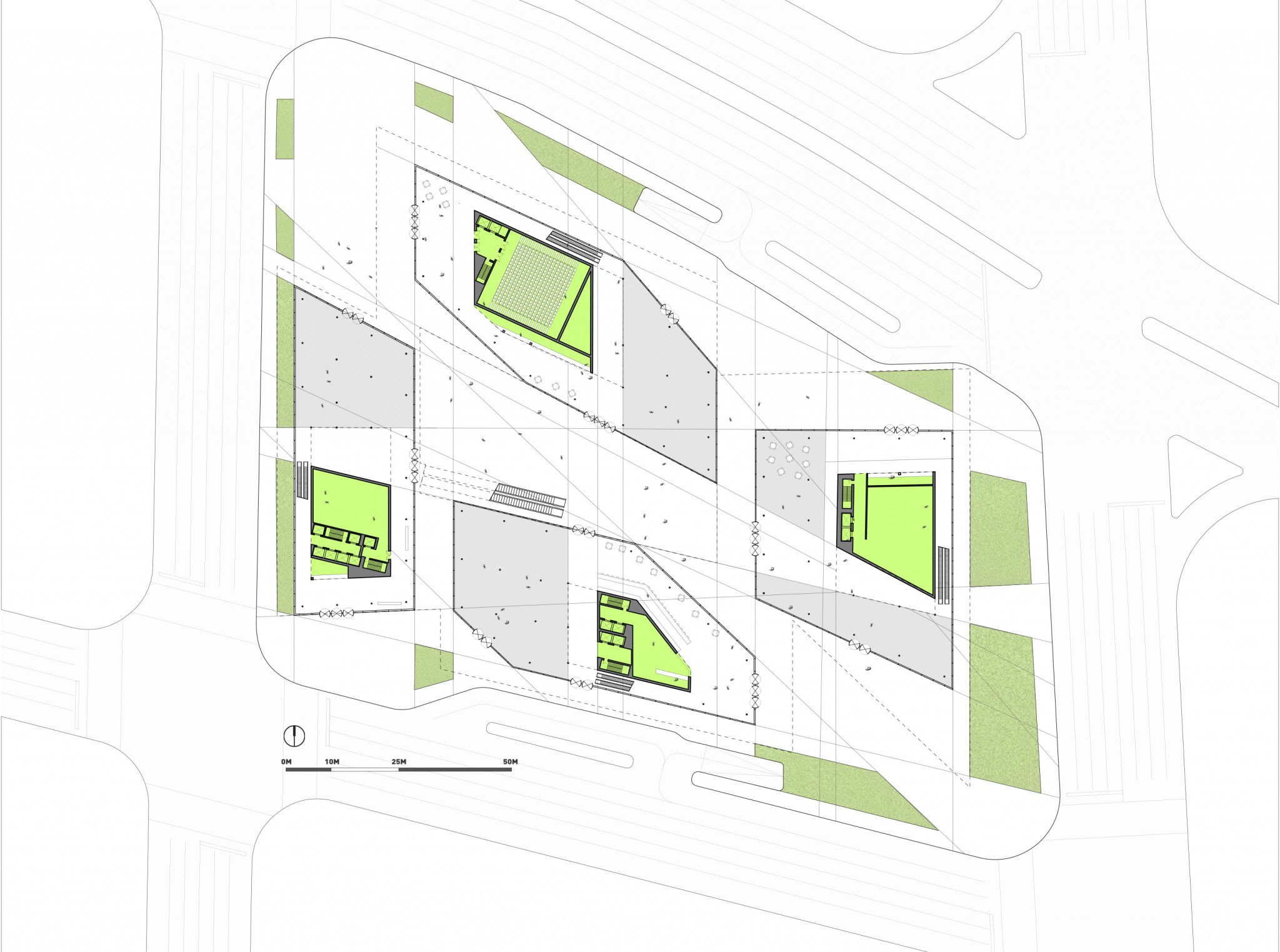 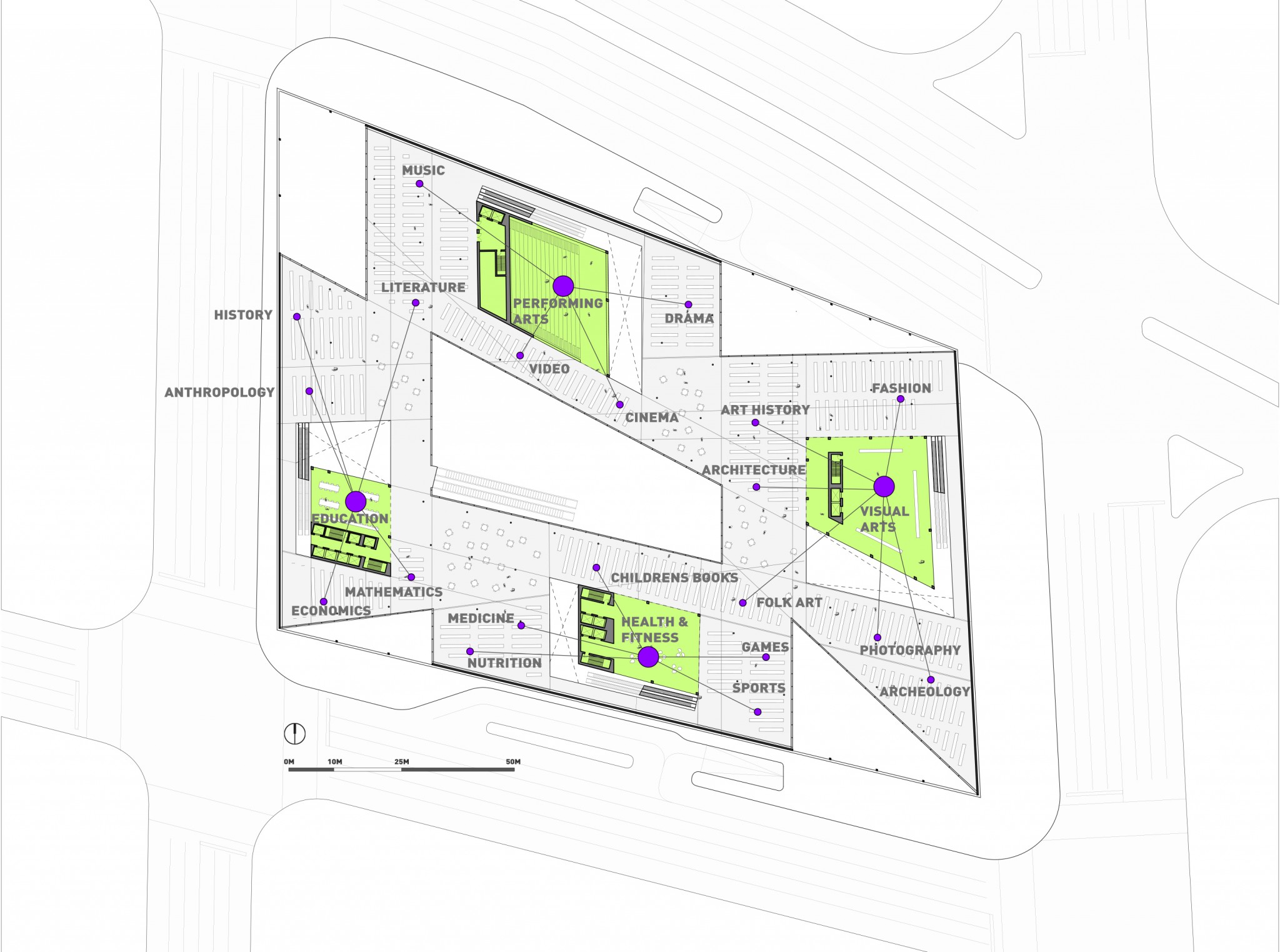 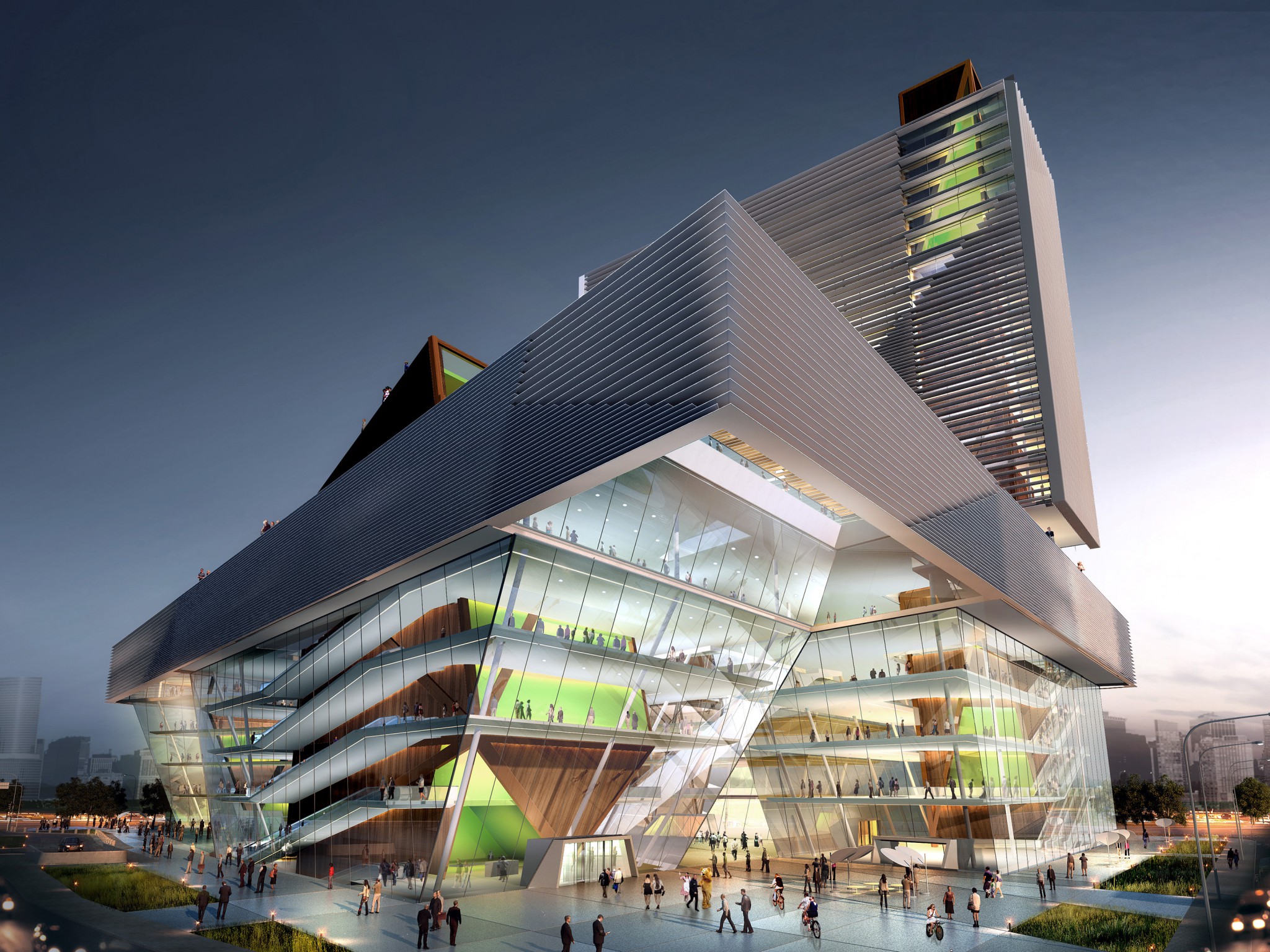