The catenary is the purest of pure forms. Any hanging chain, rope or cable will naturally conform to the same curvature. While they are normally considered in isolation as structural models of perfect equilibrium, our catenary projects attempt to entangle catenaries, rendering them impure, but interdependent. Designed as interconnected sets, these catenaries collectively add up to something beyond themselves: implied surfaces, captured motion, spatial enclosure and acoustic absorption. 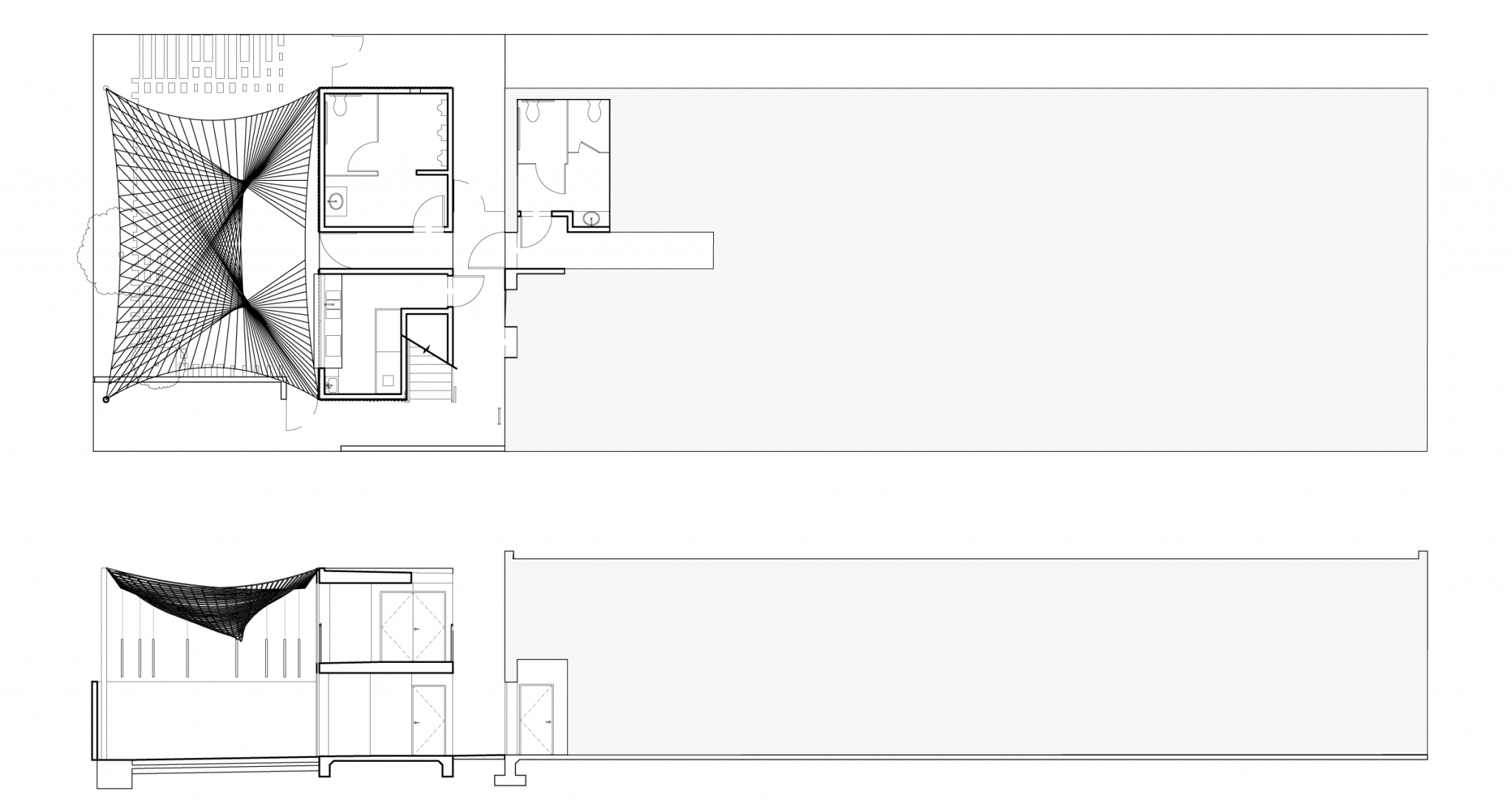 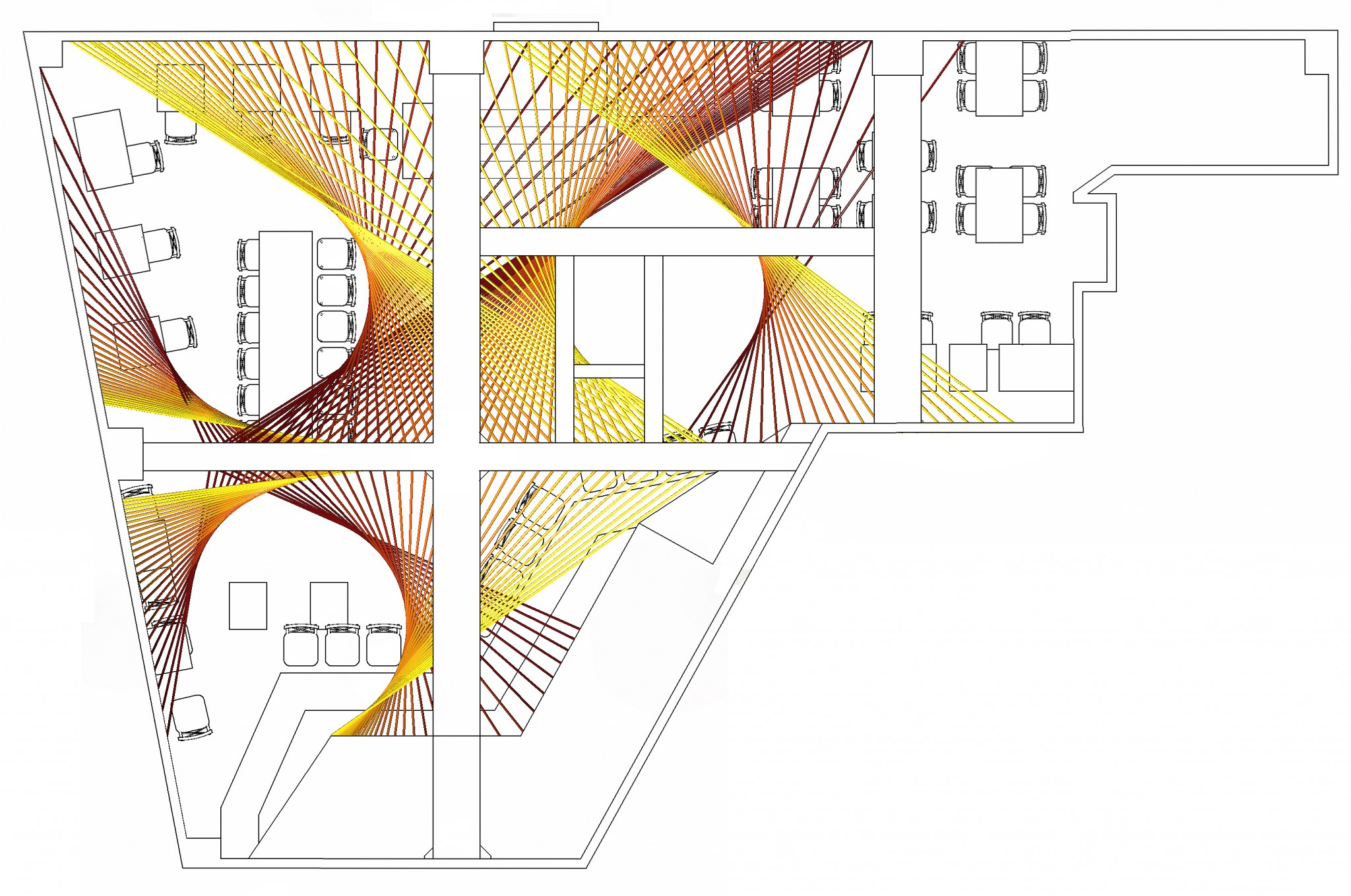 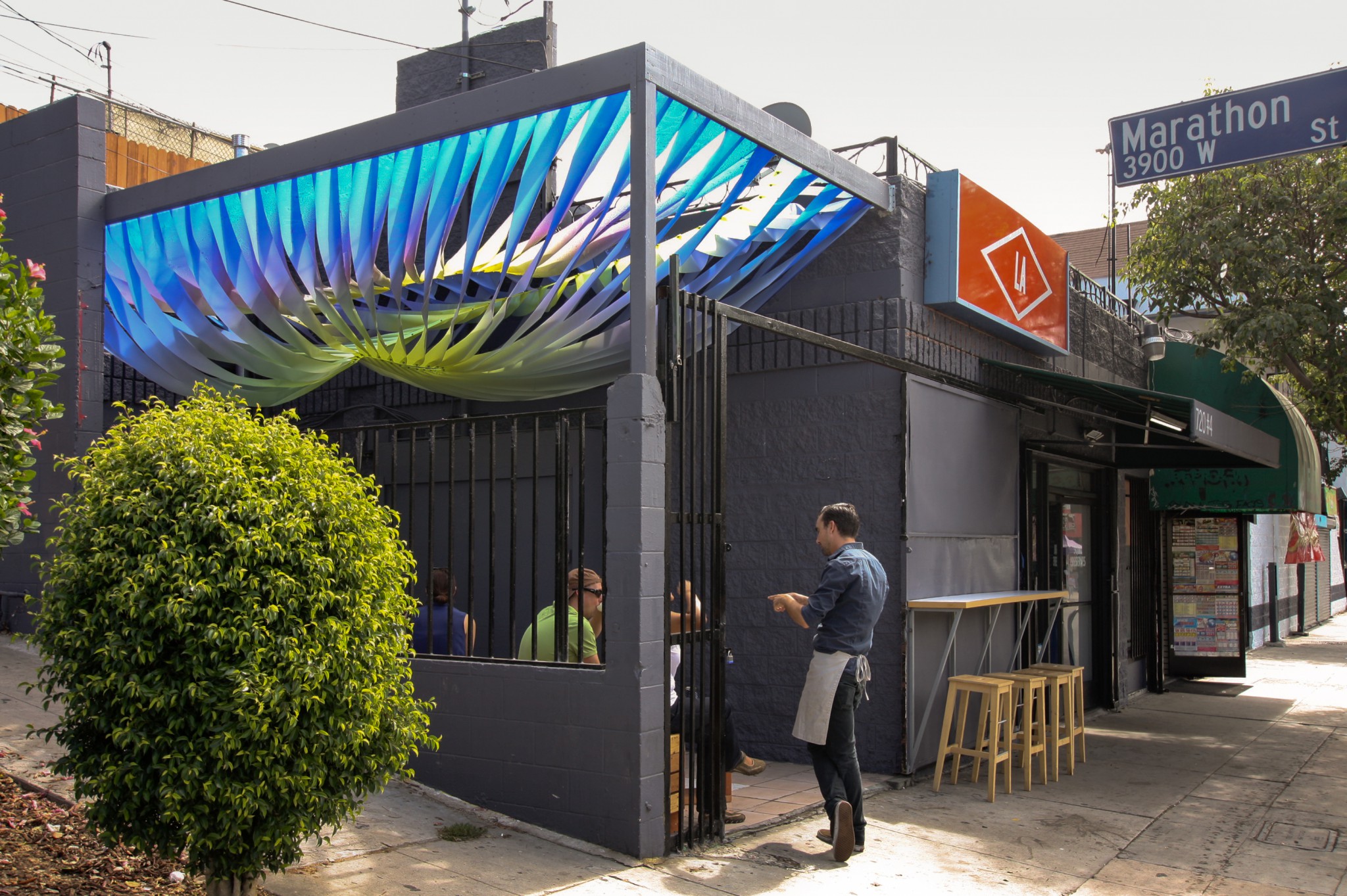 At Sqirl Bakery in Los Angeles, the strips of the canopy are hung from only their outer edge. Each one is attached to its neighbors at its inner end, forming a contingent spiral based on the collective lengths and weight of all the strips. 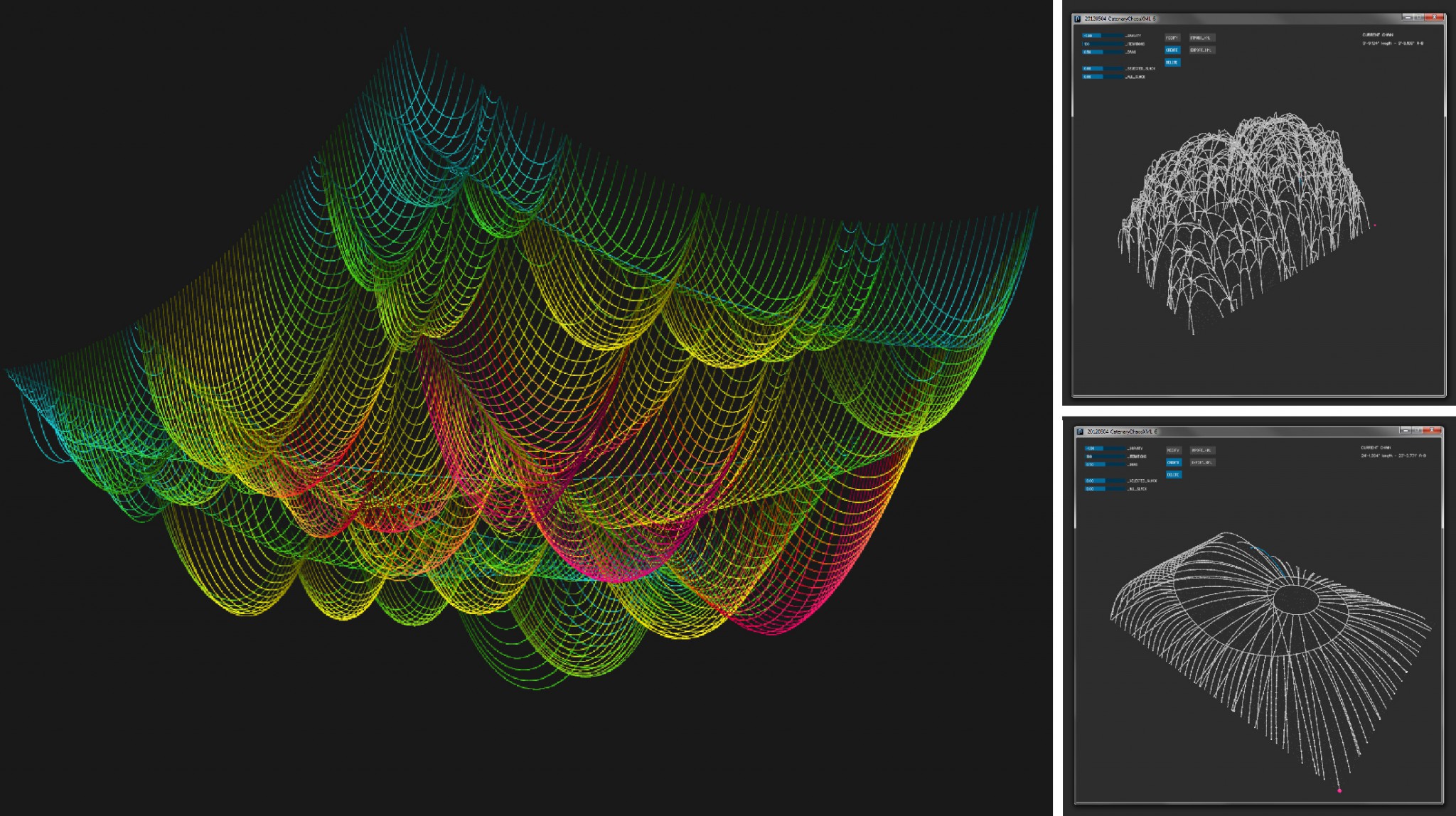 The dimensions of each of the 98 strips were adjusted using a digital physics engine to produce a layered, twisting set of implied surfaces that both shelter a small courtyard and act as a dynamic beacon for the pop-up cafe. 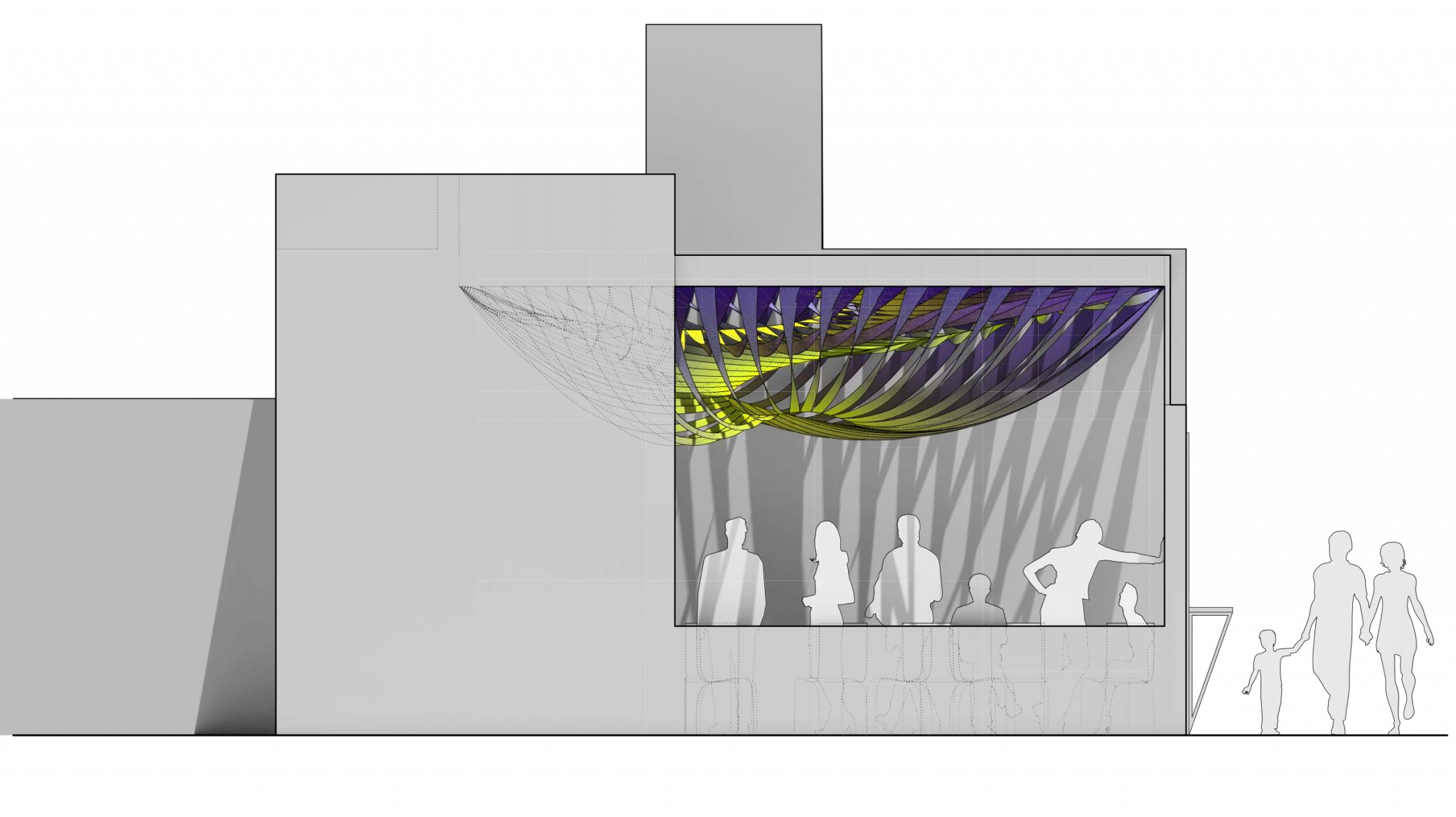 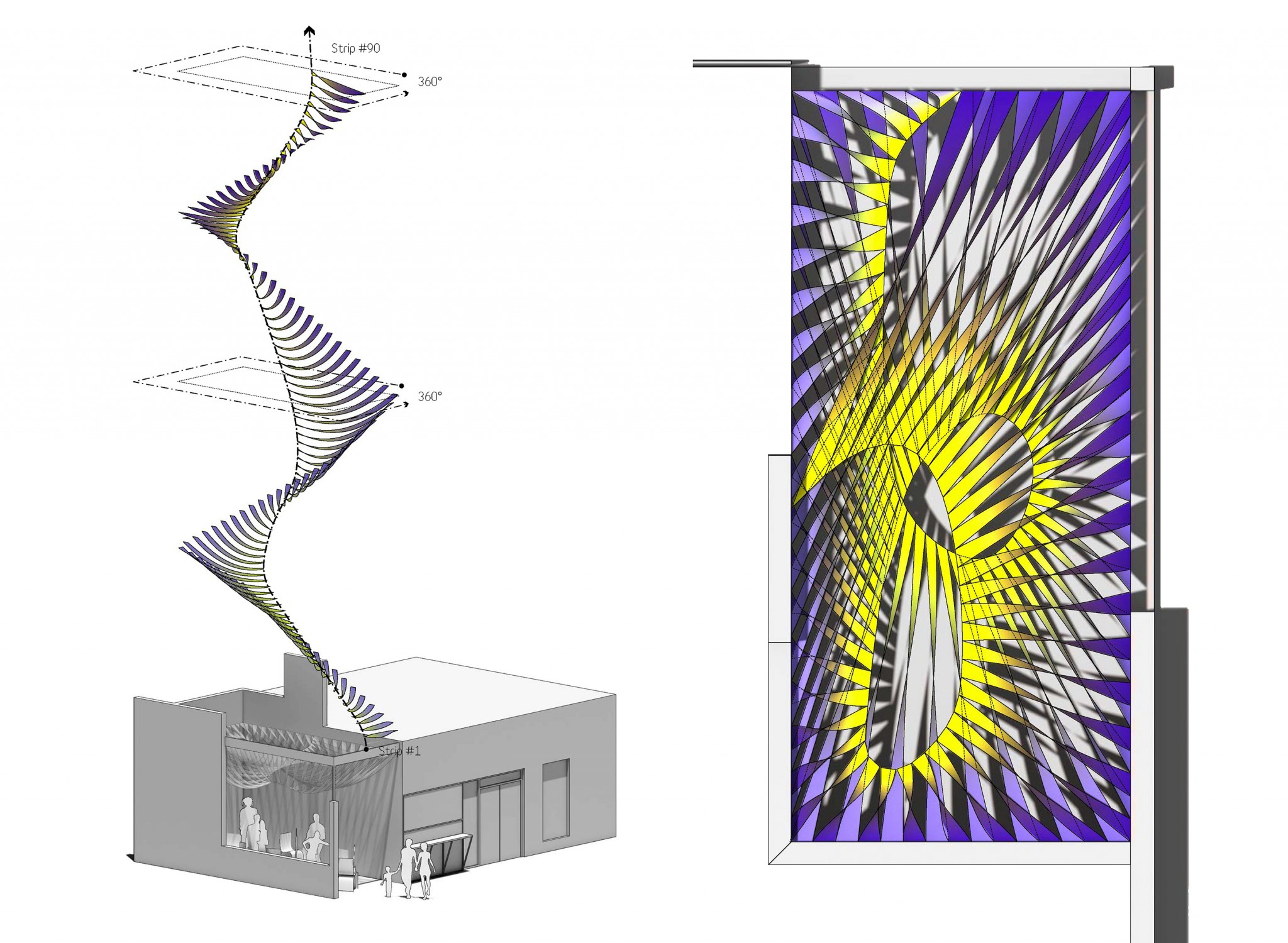 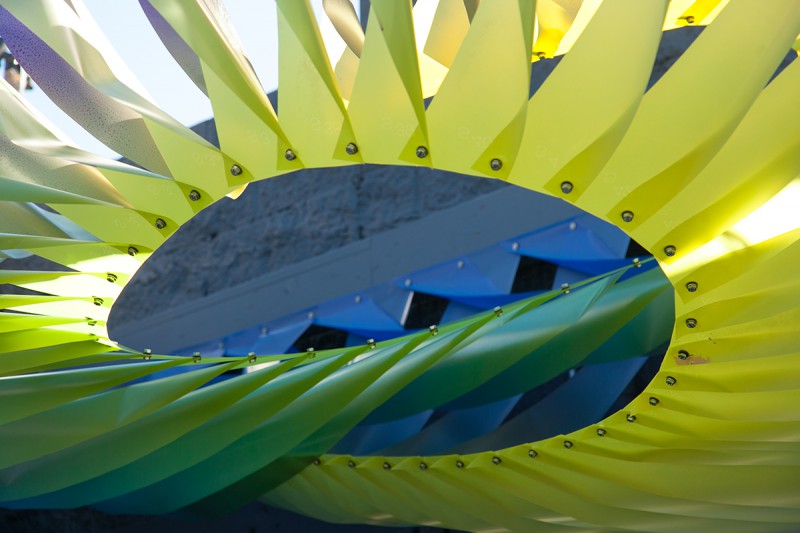