Op Art faded as a high art practice very quickly after its peak in 1965, but it has had a long afterlife and an outsized influence on architecture. The reason: it produces interference; interference between the physical presence of its surface and the illusory effects its patterns create. Clement Greenberg aside, this is true of most art; the surface is only a material support for the spatial depth, social hierarchies or historical/religious allegories being represented. Op Art is unique, and became kitsch so quickly, because its specific form of interference was automatic; a physiological pleasure so easily accessible that it eliminated the value of expert interpretation. It does not ask to be explained, only felt. 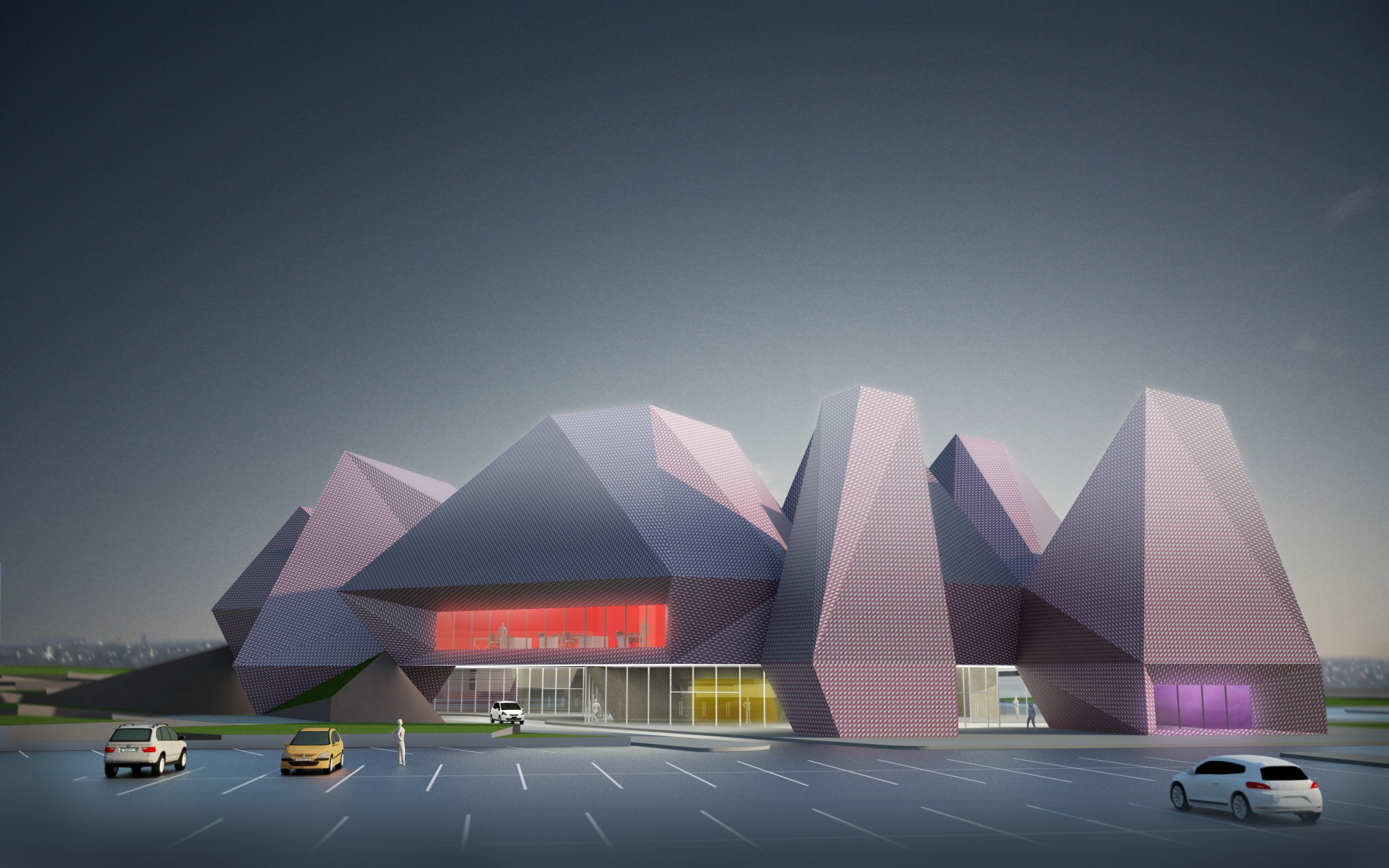 As one of a series of techniques for interrupting the interpretation of architecture, thwarting its descent into caricature and cliche, interference can be staged on both the exterior and interior. On the exterior, interference between massing profiles (a building’s shape) and graphic surfaces (tile patterns, panelization, mullion or structure intervals, material variation, or applied graphics) can inhibit the legibility and interpretation of a building at the hands of popular culture. Interference is an effect of synergy or even sympathy between shape and graphic that merges and affects both. If the traditional architectural graphic strategies fill in surfaces with consistent tone or texture (rustication, running bonds, shingles), the contemporary alternative is camouflage which works thorough contrast, breaking down a figure by overlaying graphics with a separate, contrasting order. Interference relies instead on a level of coherence or alignment between graphic and shape. The overlay and simultaneous expression of multiple scales produces visual ambiguity and illusion without lapsing into representation. 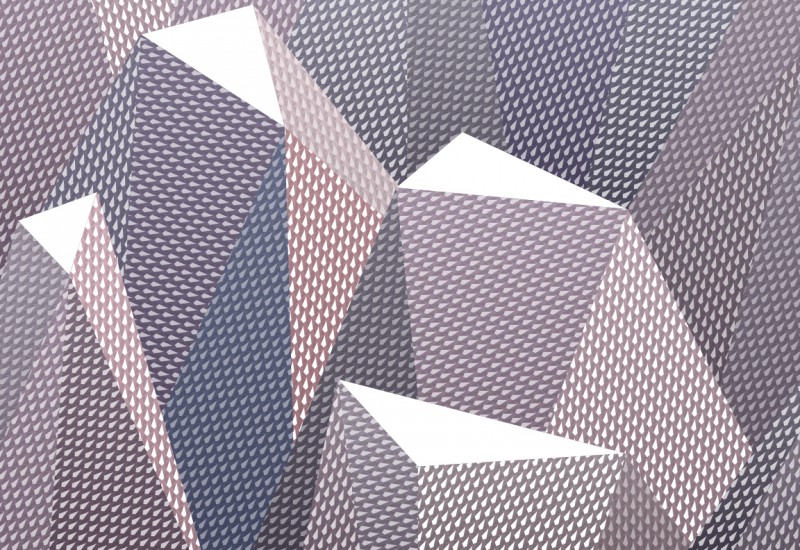 Our Istanbul Disaster Center is wrapped in an oversized, high-contrast tile pattern that changes tone on each face, injecting uncertainty into the reading of the building’s form. 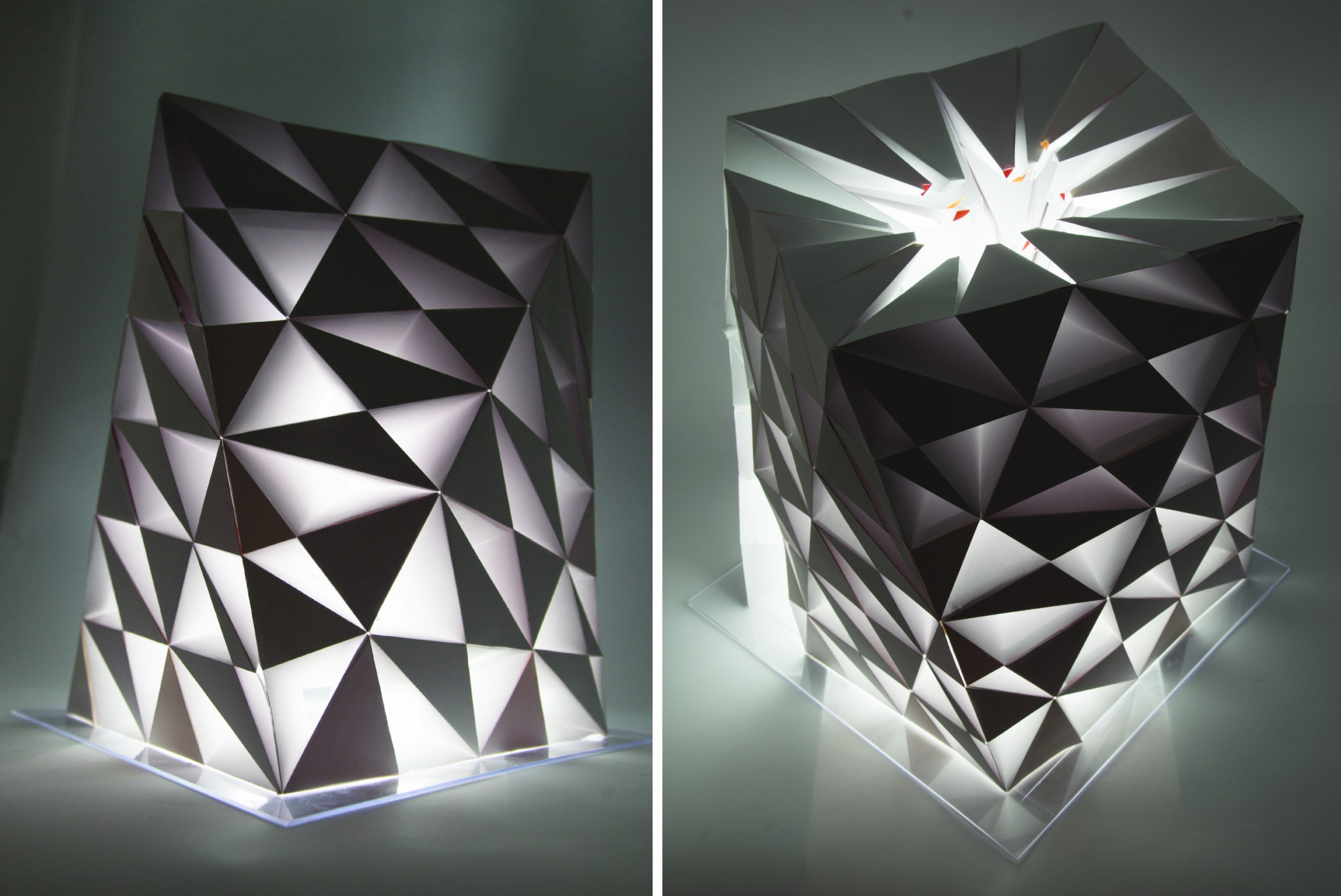 Similarly, formal and scalar sympathy between the shape of the mass and stacked panels our listening room project for the Museum of Contemporary Art in Los Angeles complicates the structure’s appearance as an object. 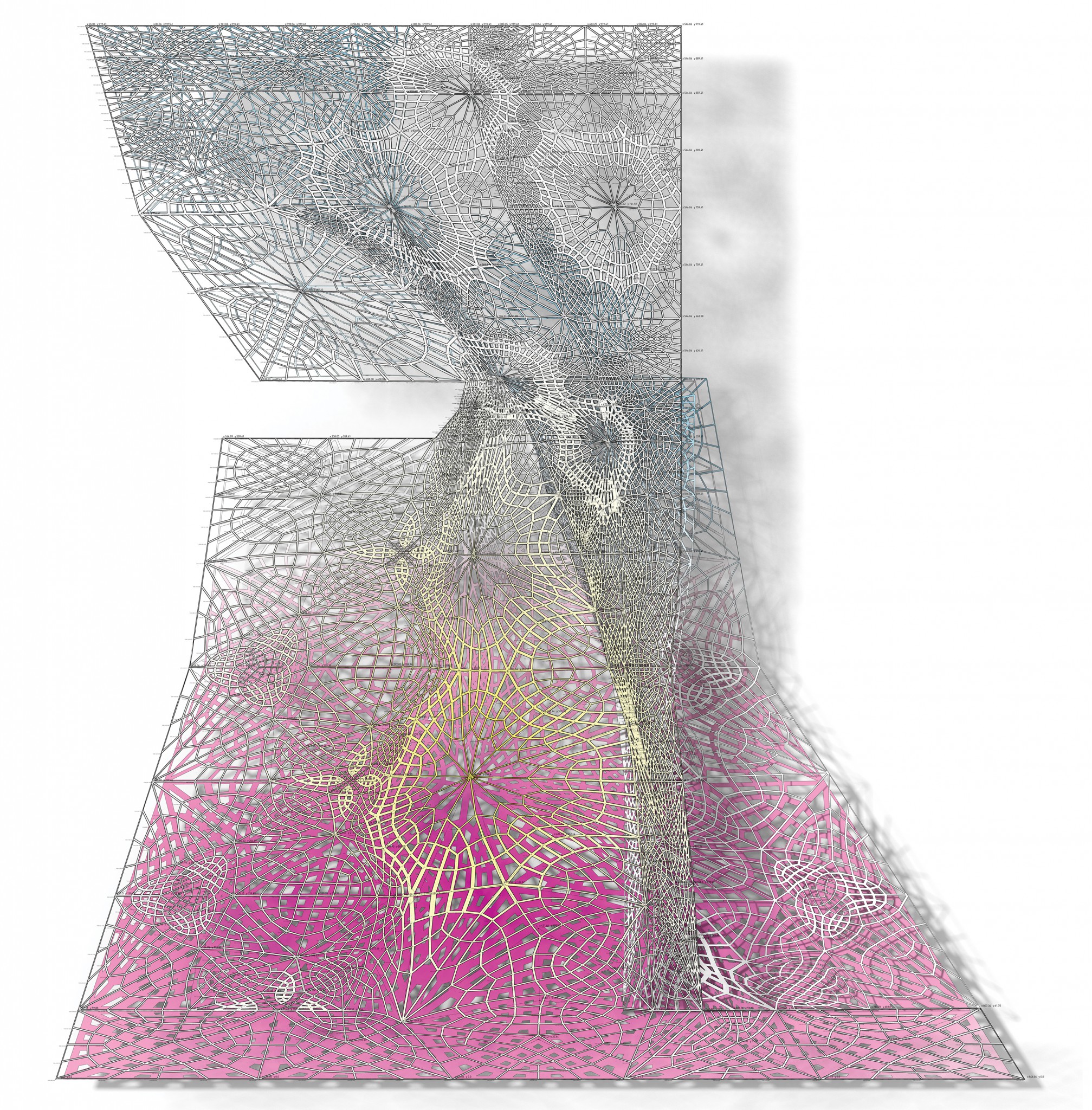 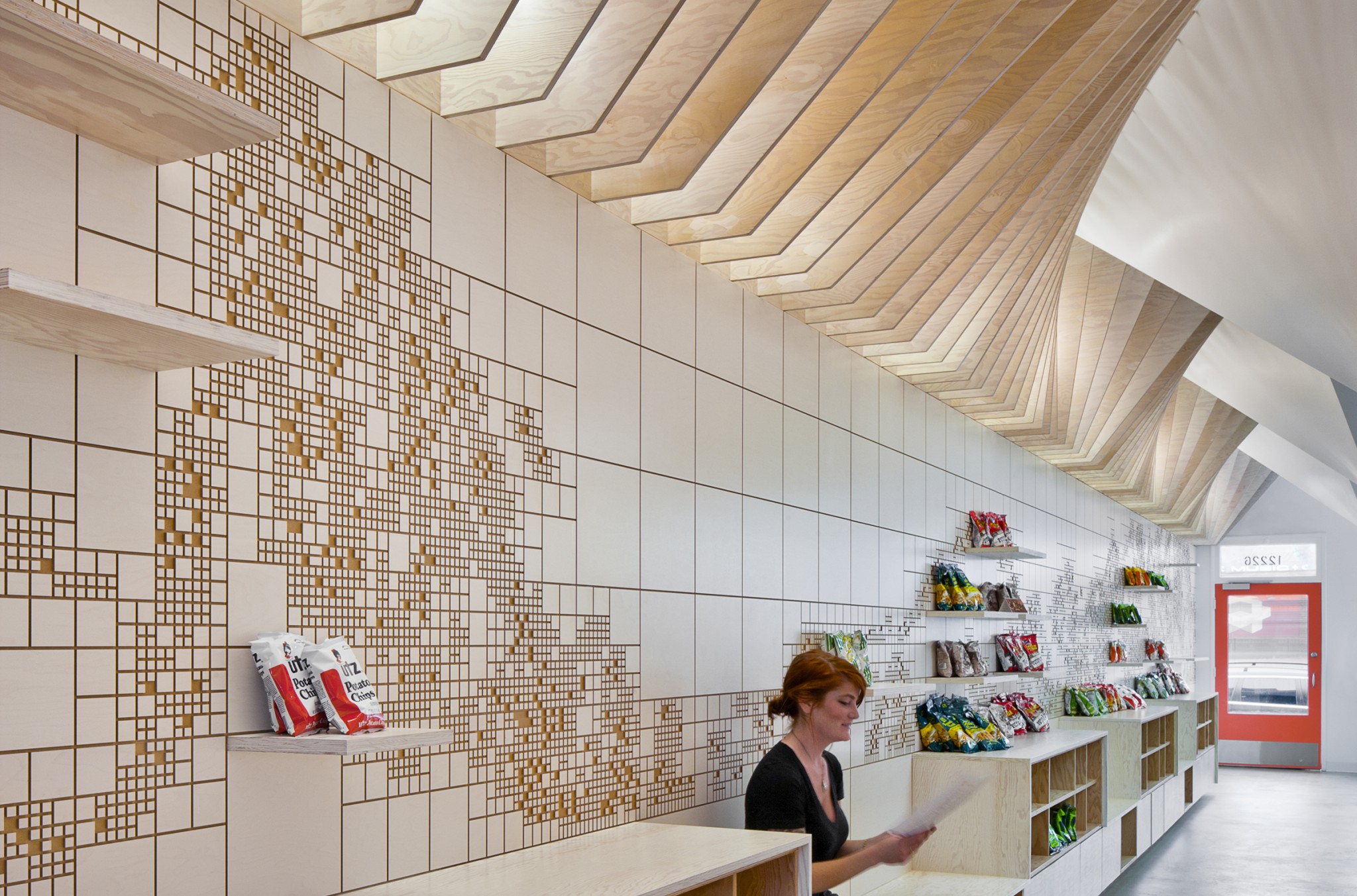 On the interior, graphic interference can produce a similar visual uncertainty or simultaneity in the form of room-scale images, graphics and patterns. Here, interference is the description or formation of one thing through lens of something else. By removing an image or object from its normal context, the context in which we already understand it, we can remove it from its semantic environment – the set of associations to which it is normally tied. Interference can transform an image or object from something we know at a glance to something intriguing enough to deserve a second glance. 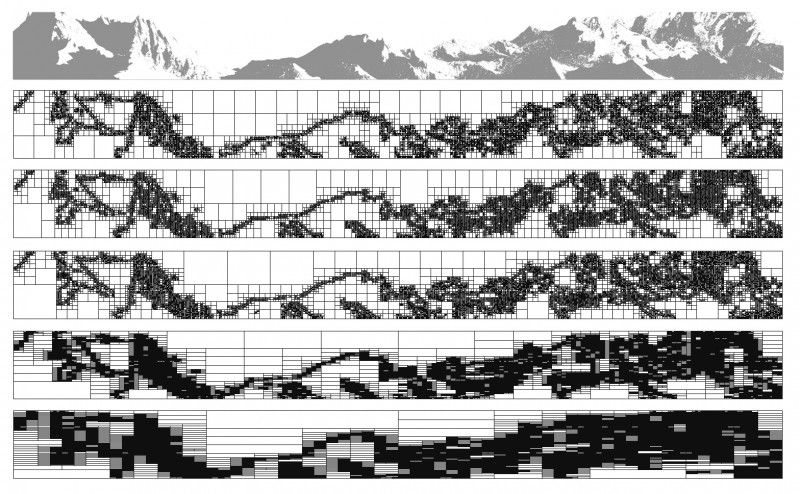 The west wall of our restaurant interior Earl’s Gourmet in Los Angeles is embossed with an image of the Alps abstracted as a series of rectangular computational ‘bits’. A negotiation between the clients’ desire for rustic imagery related to the food on the menu and our interest in computational pattern, the store-length ‘mural’ filters familiar imagery through a technique with a very foreign set of associations. The result – alpine picturesque run through a computational grid – evokes neither nature nor technology, opening up a wider range of affiliations beyond either category. 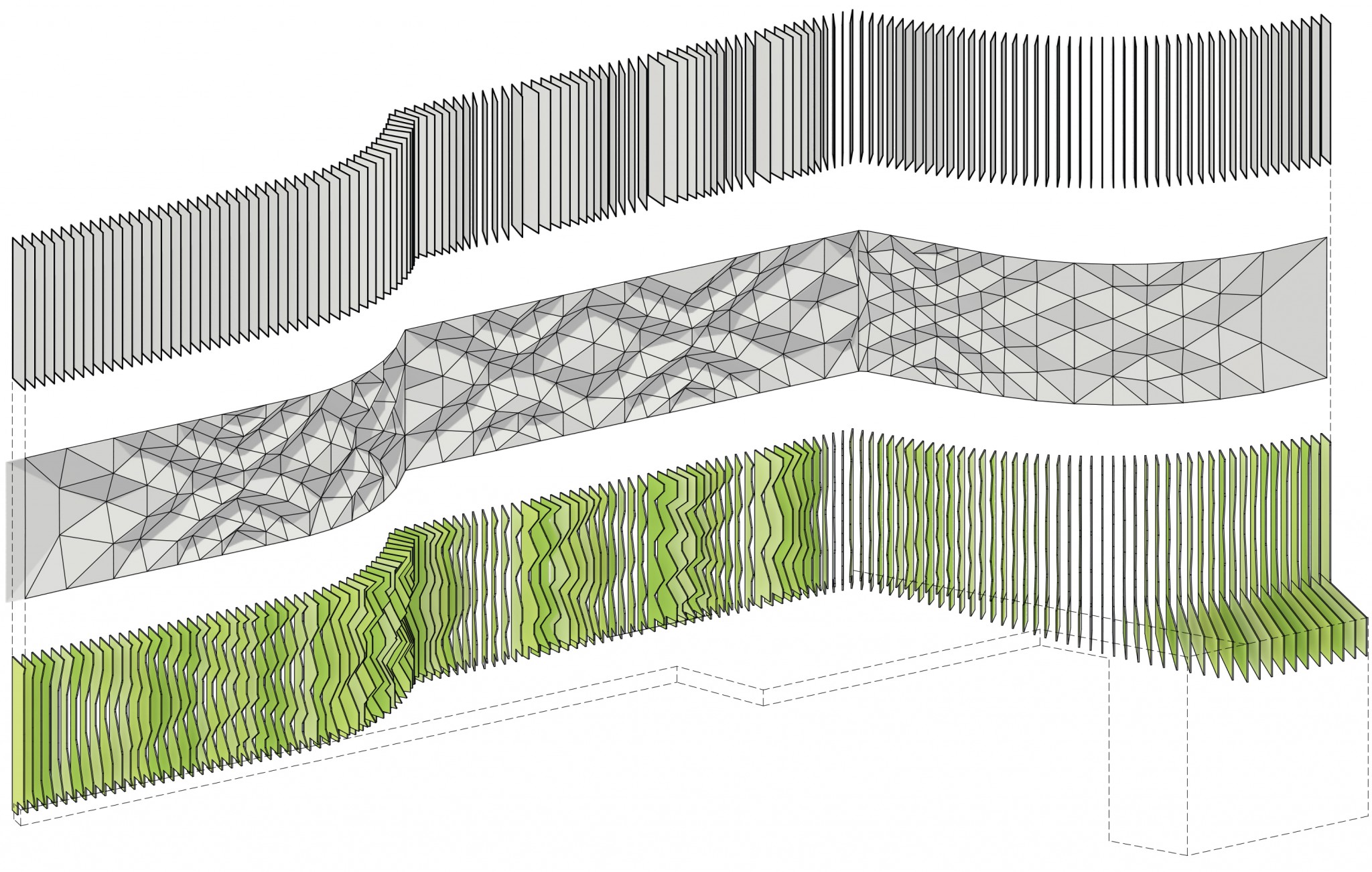 At Maximiliano, a Los Angeles restaurant, interference between a rotating array of vertical louvers and the triangulated pattern cut away on the back side activates the viewers experience. Diagonal patterns emerge and recede as they move through the restaurant. 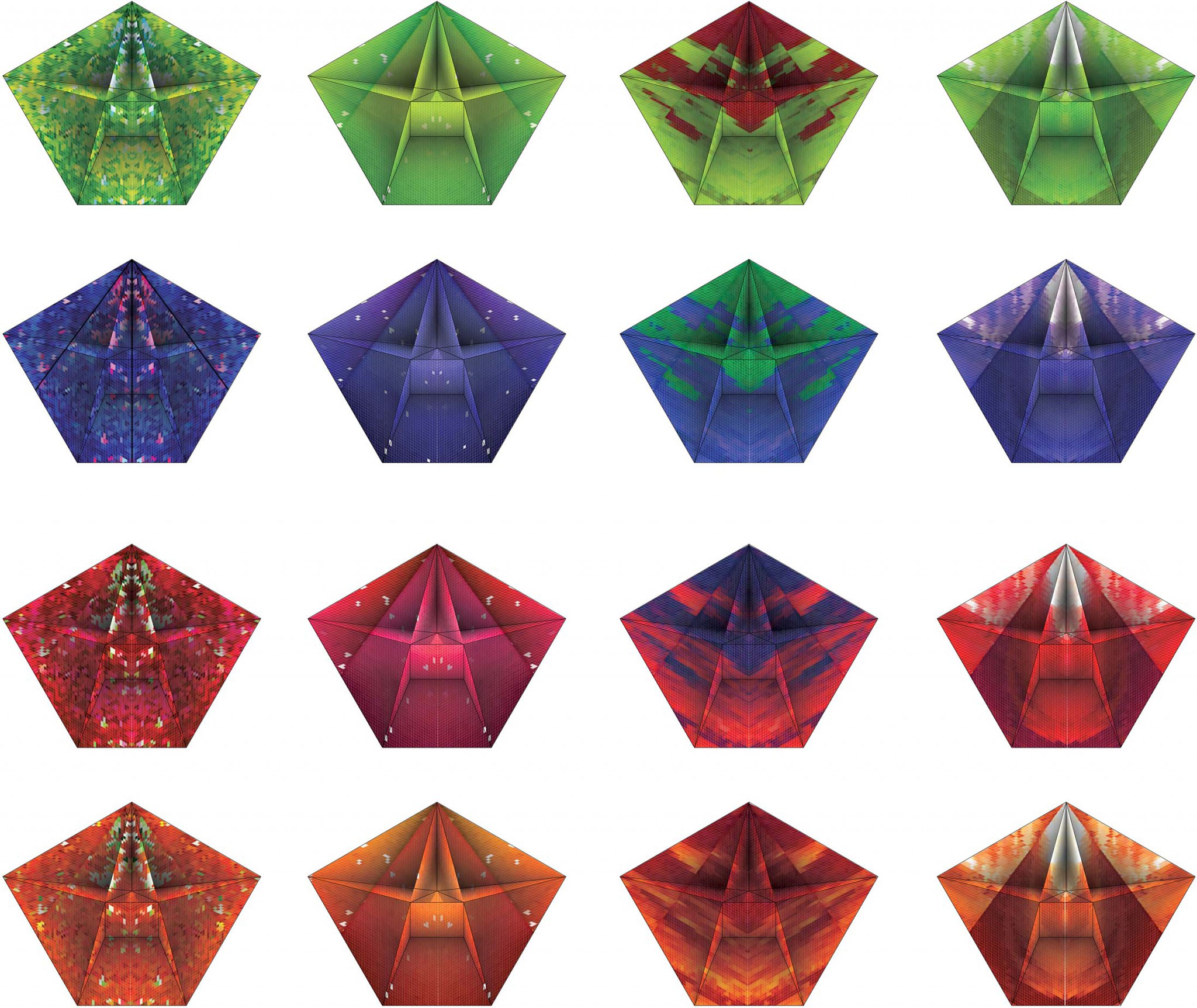 The deep ceilings of our tents for the New Museum shelter an array of urban activities while evoking non-urban ceilings such as forest canopies and night skies. However, rather than unfiltered images of natural landscapes, the overhead graphics sample and cross-reference these diverse environments, creating a novel cosmos that might spark the imagination.