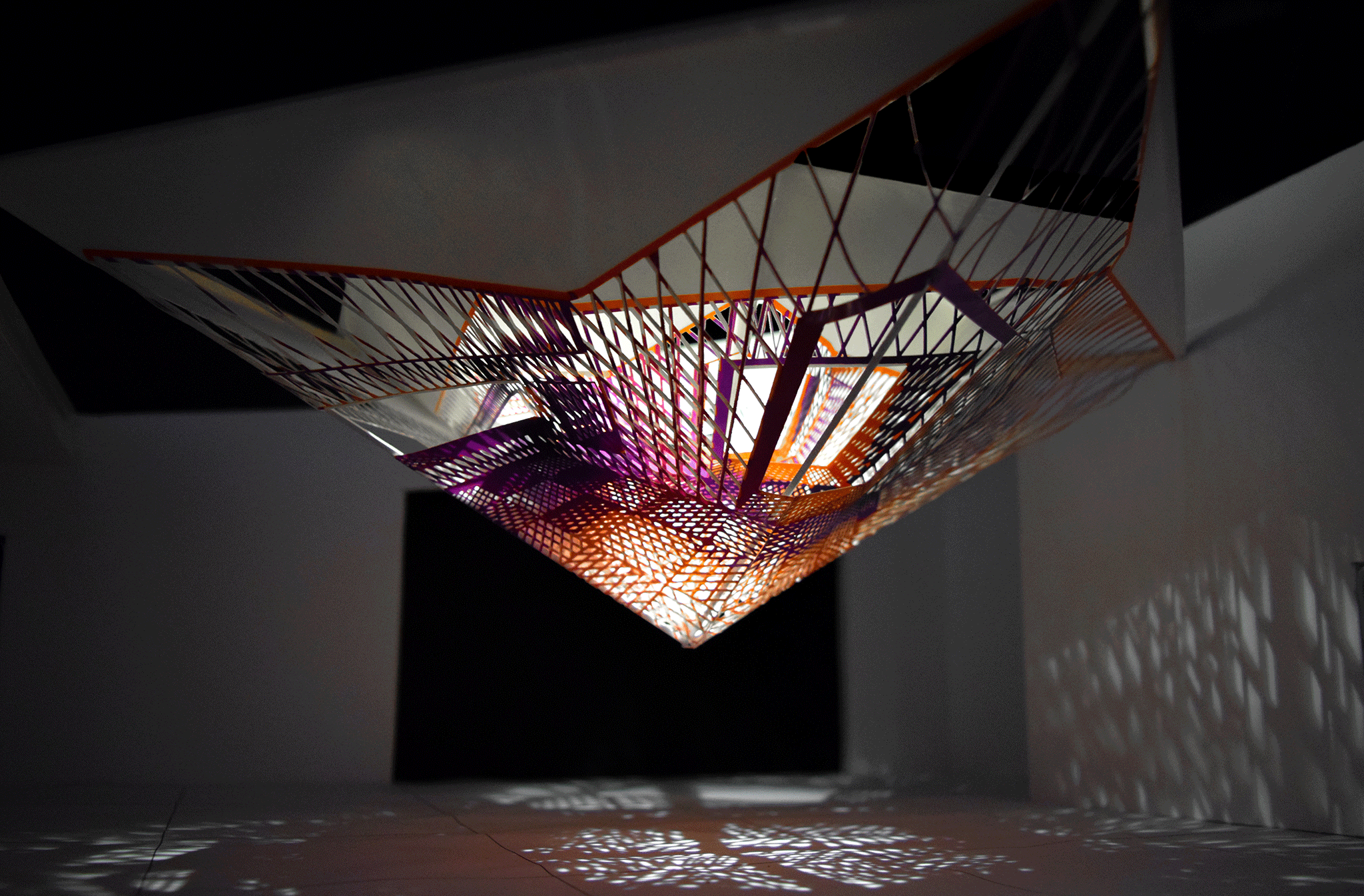 A foreign object hovers over the rooftop courtyard, discrete, symmetrical, a set of kaleidoscopic layers that seem to spin and collapse in on themselves. On second glance, the object appears somehow aligned to the courtyard’s walls and framed openings, despite its initial aloofness. In fact, it precisely mirrors the space around it; the space is mapped onto its prismatic surfaces, constructing a perspective unique not just to the space being seen, but to the contours of the object ‘seeing’ it. This perspective exists as a composite drawing/thing, both abstract and real. The canopy is manifest only as a drawing and the drawing as a 3-dimensional object. 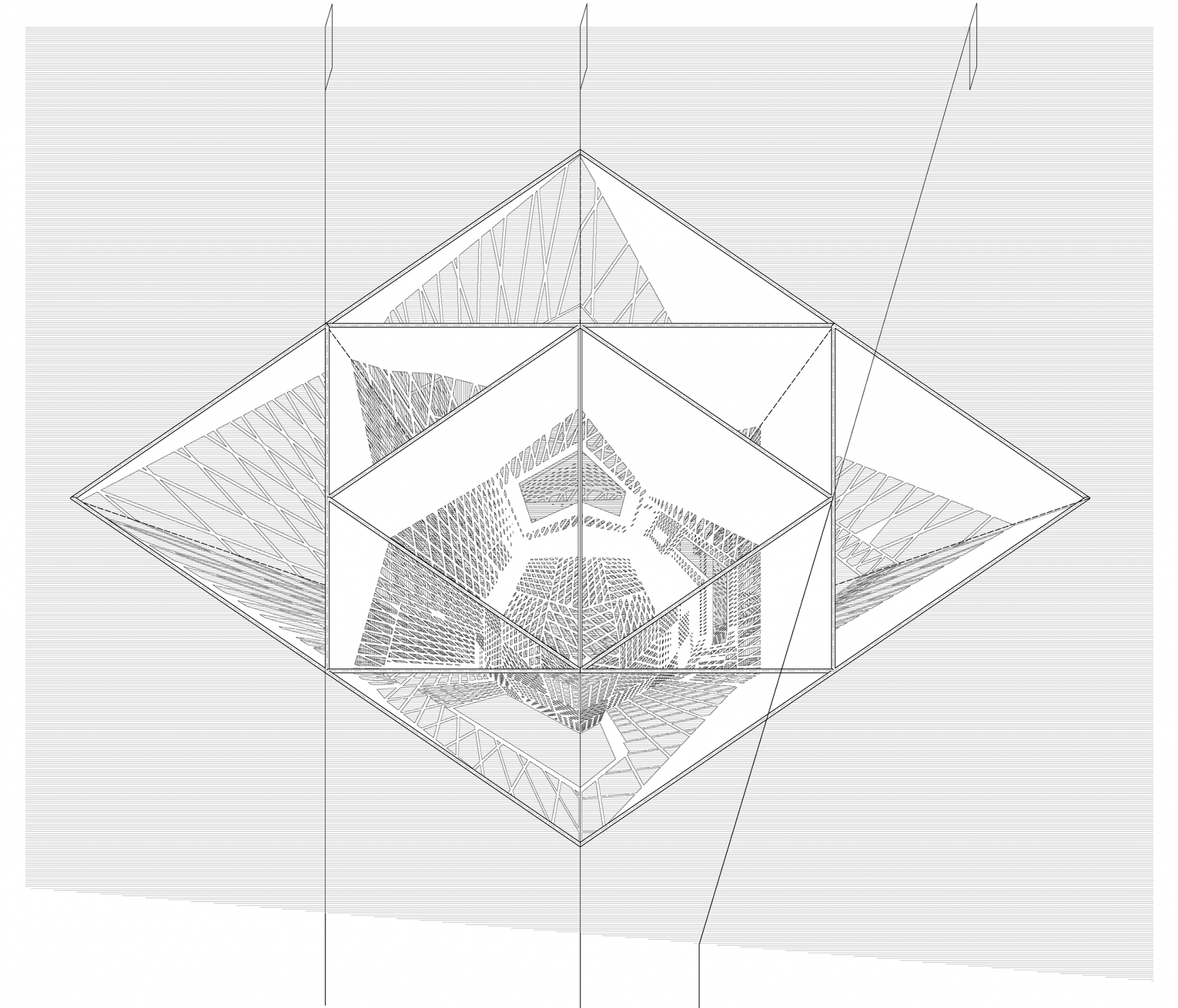 The ambiguity of illusionary depth and literal flatness has long been the subject of modern painting and drawing, but here ambiguity is rendered between architectural space and the solidity of the object reflecting that space. 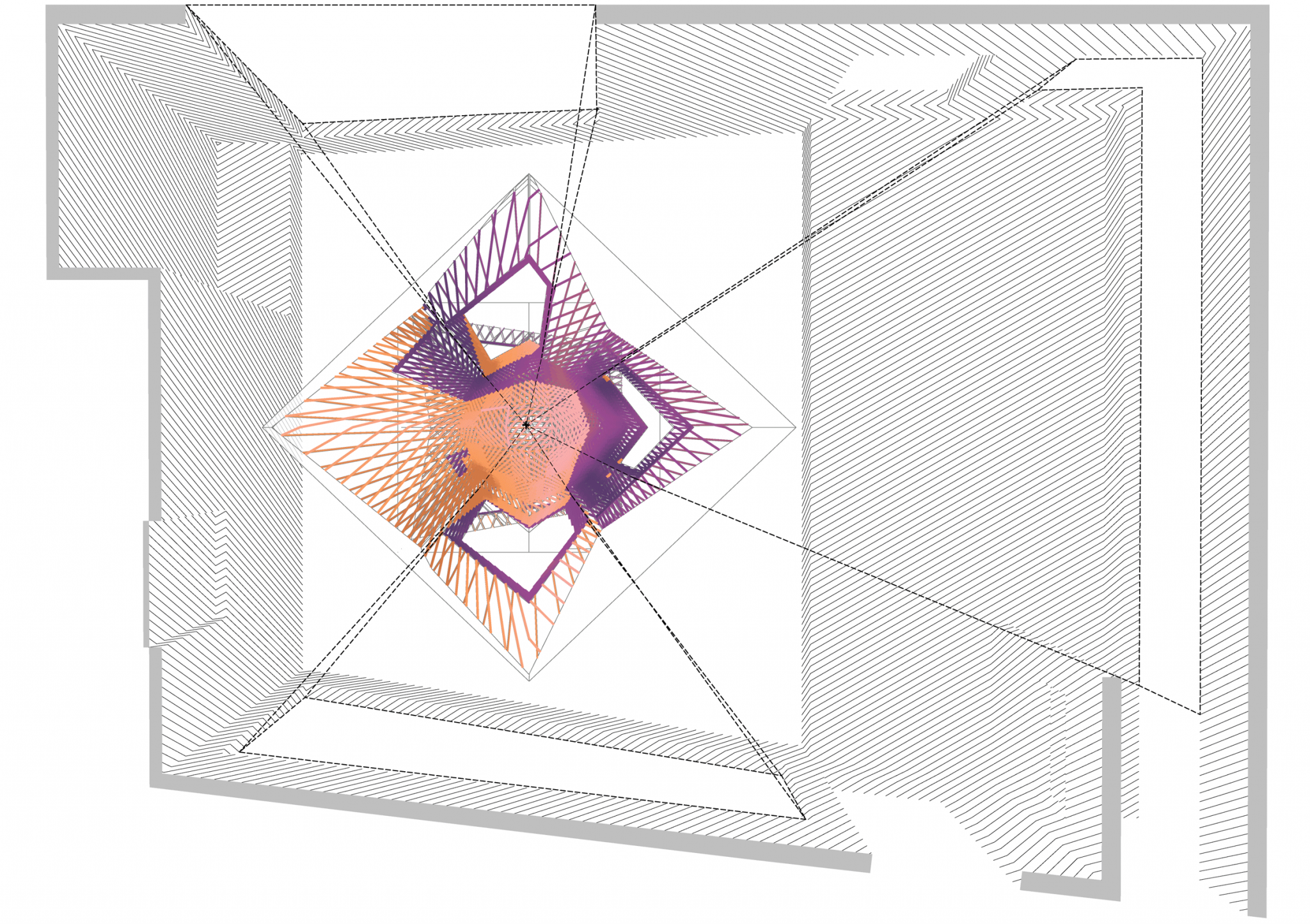 While linear perspective remains, since Brunelleschi’s experiment, the dominant means of visualizing space on a two dimensional plane, our proposal bends this plane away from the “viewer” to describe a composite space between subject and object. 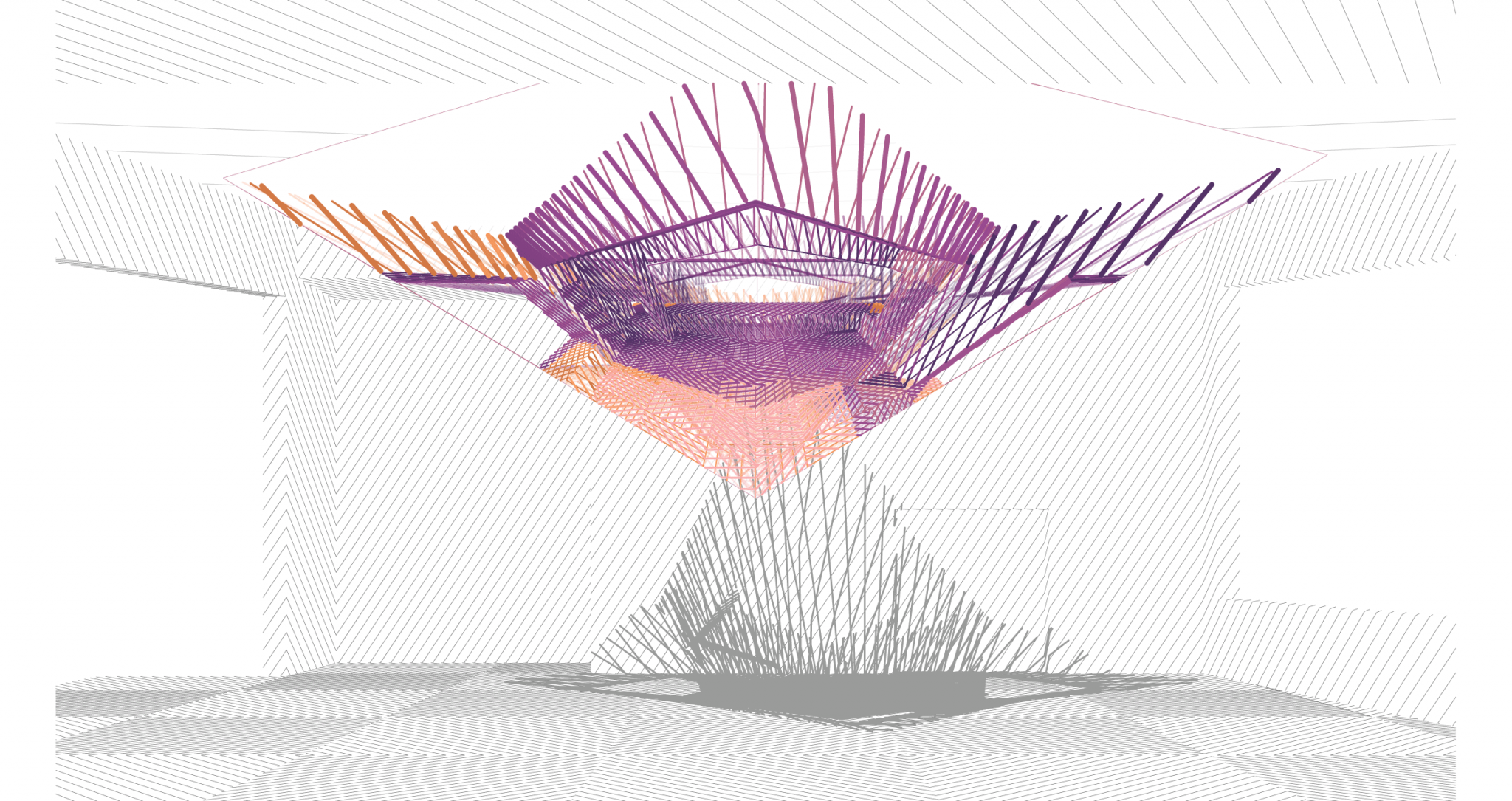 Following Joseph Albers studies of phenomenal depth through relative color distribution, color is used to create a sense of shade and shadow. 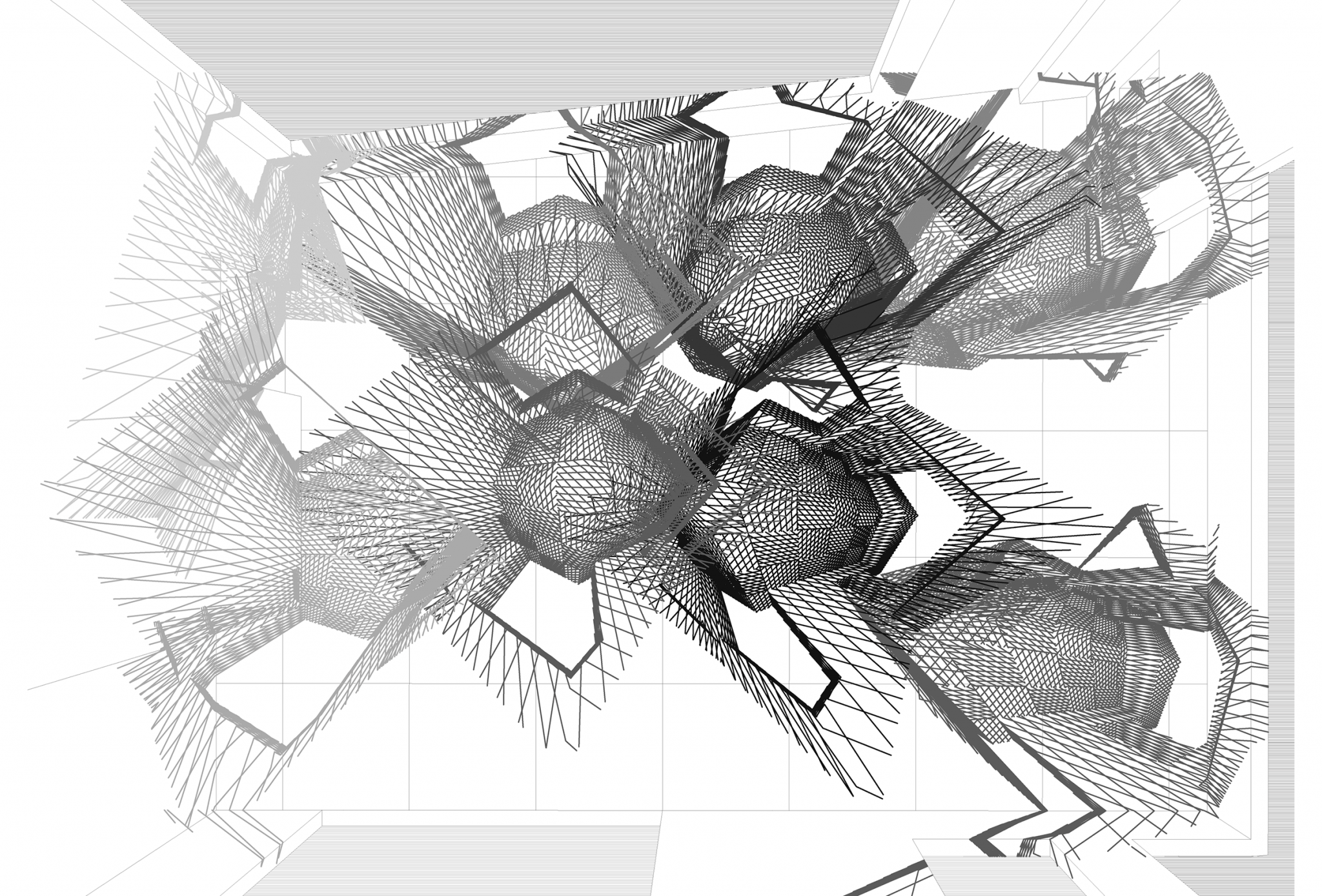 Shadow Studies, January and May 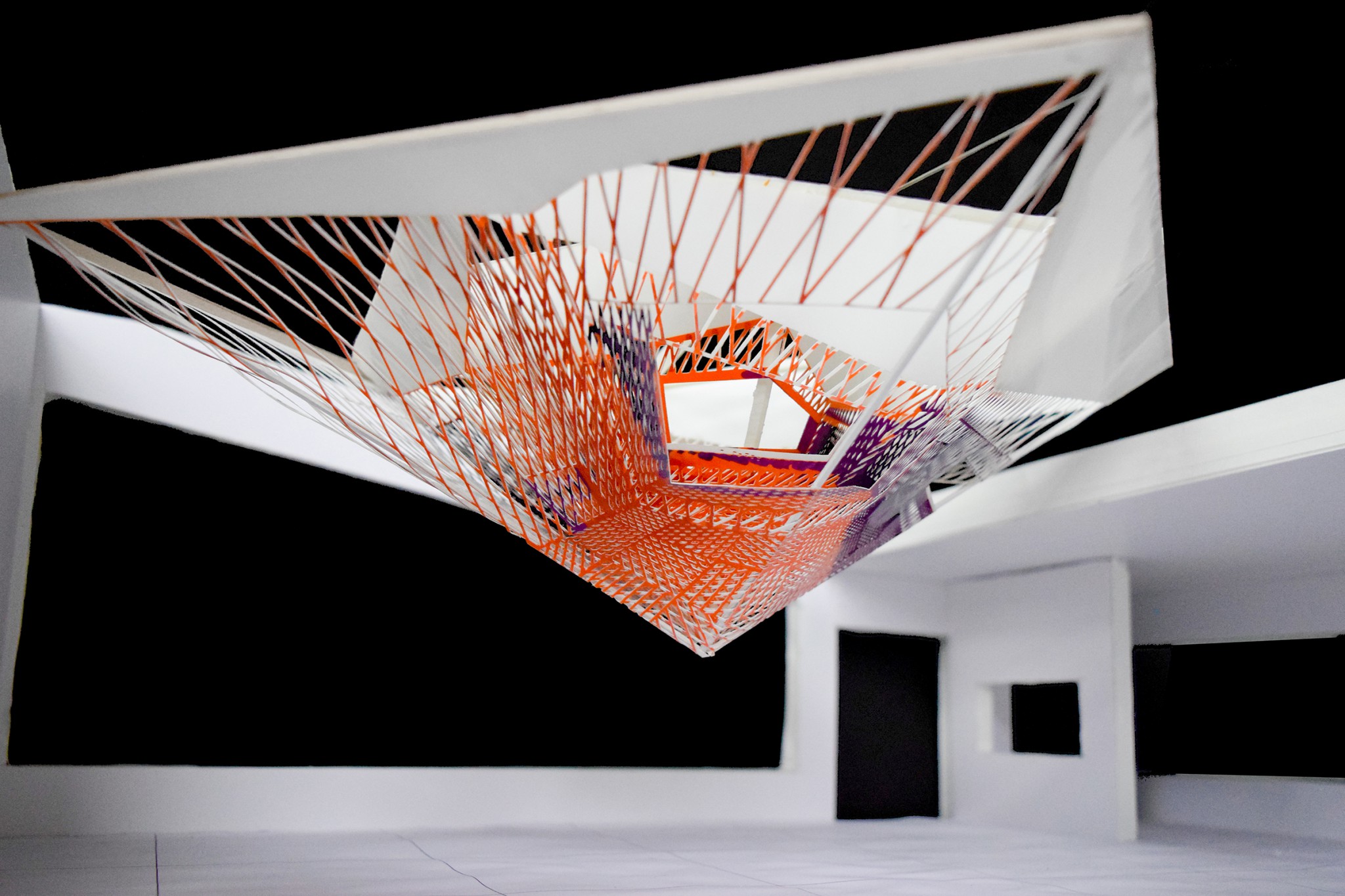 The canopy is an Inverted tent assembled from 1-3/8″ aluminum tubes, tension cables and custom printed and lasercut fabric. Engineered, manufactured and assembled on site by Semios Studios, the canopy is a single rigid structure which will react to wind as a single element. 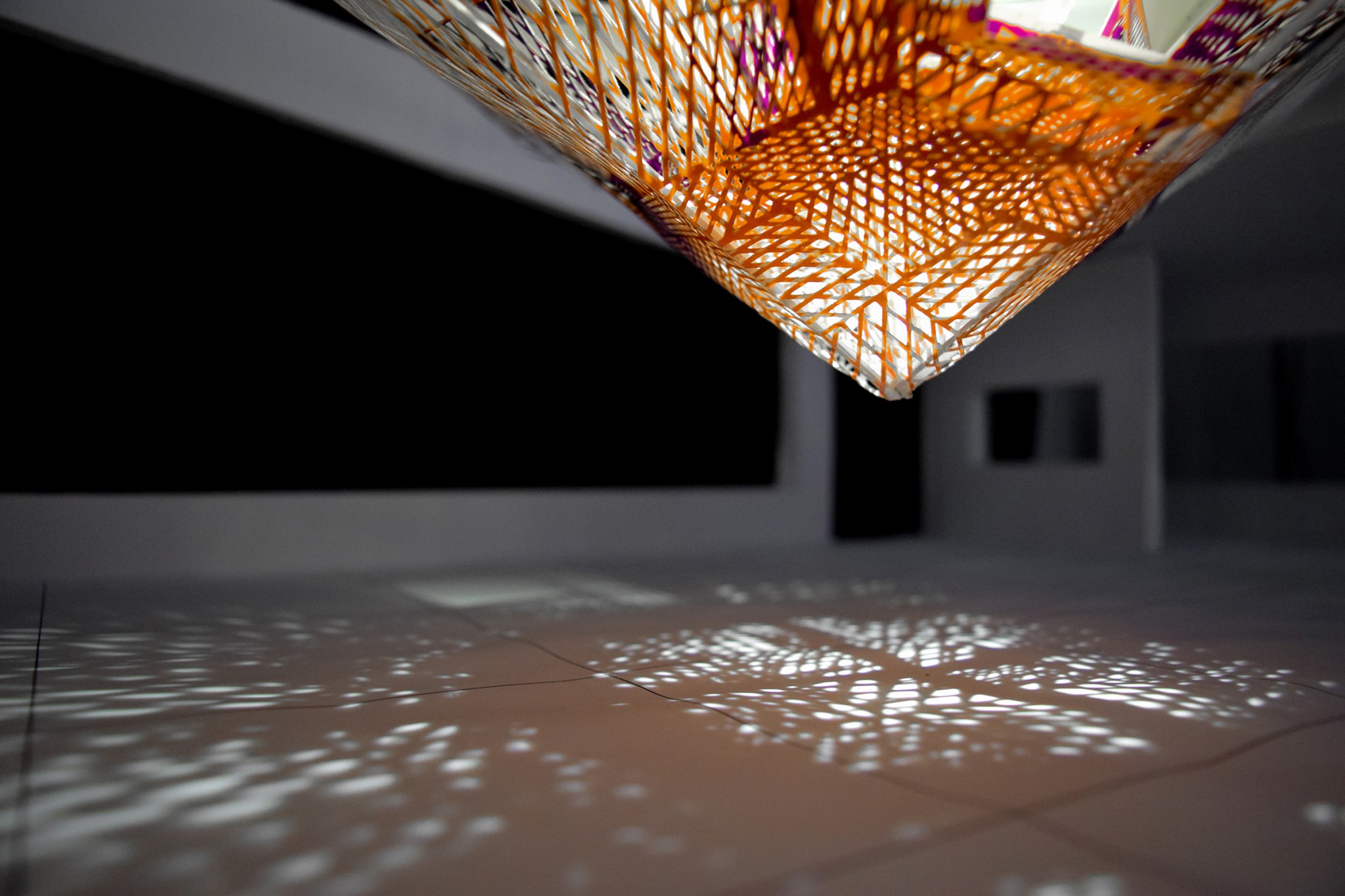