The redesign of the White House as part of for the Storefront for Art and Architecture’s White House Redux Competition became a platform for rethinking architectural iconography generally. The current white house, with its monumental, symmetrical and classical form, it is a symbol of centralized national power, but it is no longer the country’s most powerful symbol. The aerial image of the national territory itself is the most common representation of the United States, and it is anything but centralized; it is multiplicitous, diverse and divided. 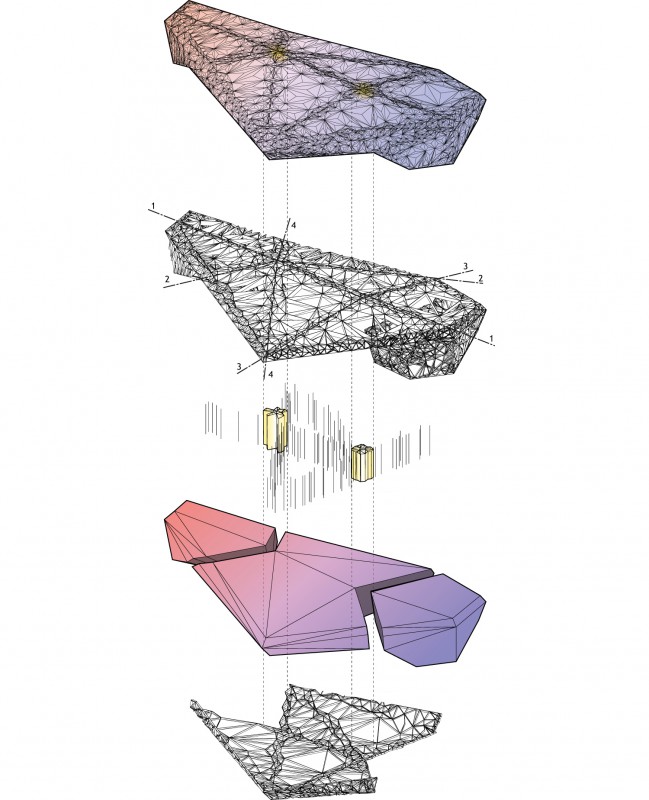 The proposal floats above ground level, facade-less, but can be seen clearly from Google Earth, subtly evoking the country’s collection of boundaries and territories, and incorporating the nation’s dispersion and diversity without consolidating them into a unified icon.